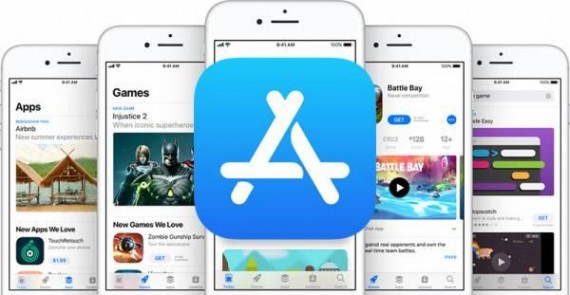 The usage of mobile apps is increasing from day to day. Tweaked app stores are used to get the apps which are unofficial that could be used on iOS.  The term Tweak means Extensity which is meant to download any apps without jail breaking. This kind of app store allows downloading any kind of app. Tweaked apps is very easy to install on iOS. They provide easy installation steps by clicking just a button. Tweaked app stores are said to be the third-party app store for iOS/iPhone.

By making use of the tweaked app, there is a chance for any iPhone user to install their favorite mobile app without paying money. Such kind of apps makes it easy to download or install paid apps and hacked apps/games. IPhone users should be a bit careful while using such kind of apps. The tweaked app store also provides apps that are being used to customize your device which cannot be done with the help of other kinds of the mobile app. Some of the best Tweaked apps are TUTU, AppValley, Emus4u, Tweak Box,  Etc. are the app stores that helps you to download and install your favorite even if it is payable or unofficial or hacked that is not available on the app store.  Tweak apps make it easy to install paid apps for free without paying any money to install it on your device. Other than this you can download apps that used to customize your device with the front page, fonts and customize them.

Finding alternatives is advisable as we cannot predict anything which is going to happen. Alternatives can help you to make the work easy and stress less when something goes wrong. The same way finding alternative apps for tweaks is best. We have lots of tweaked app stores available which we use in most common. When an error occurs on it, we shall take an alternative method by using alternative apps. Some of the alternatives Tweaked apps which help you Cydia. It is one of the best jail breaking apps which help you to download or install apps for iPhone, modifies your device and even helps to customize your operating system. Third-party app places install the apps that are not allowed to install on specific devices or which is payable. Some of the alternative apps that are used are Appishare, Appchina, etc.

If you want to install or download your favorite apps that are not available for free then these are the best alternatives to download such apps with no pay of money with easy ways of installation. Hence, these have considered the best alternatives for installing apps on iOS. Alternatives to apple's iOS used have various caveats. Breaking the jailbreak of certain apps which is restricted for installing apps on IOS is not very easy. Thus bypassing those restrictions and pushing the boundaries without jail breaking is not still simple, but it should be less intimating. Tweak box is one of the best alternatives for TUTU, Vshare apps. It is highly recommendable and safe to use this app as it is virus and malware-free which never affects your device at any point of time.

It is considered to be one of the most popular alternatives for iOS among conventional App store like Apple AppStore. It allows not only installing apps that are restricted but also helps to install apps that are premium for free at zero cost. It also provides a modified version of social apps. If you haven't heard about these apps yet, then they have tweaked versions of apps like YouTube, Facebook, Twitter, Instagram, etc. which add more cool features to the original ones.

Tweak box is a third-party app installer that is currently available for even iOS devices. With the help of Tweak box, you can install more premium games and emulators. It is a malware-free App store. And more specifically it is a web-based version. You don't need to jailbreak your device to install it on your device like other alternative apps. It is considered to be the best alternative for the app installer.

AppValley is similar to TUTU where you can install apps on your devices with one click which is application hosted. You can download your favorite apps with just one click. Other than it is also similar to the Tweak box where it hosts advertisements on both apps and app installers.

This is not similar to others and not most familiar but still, it has an advantage of not showing advertisements when you install it. It is widely used to install emulators on your iOS devices. It does not have famous gaming apps and others, but it provides some best apps like Spotify, snap chat, and other social media applications.

These are a few of the alternative Tweaked app stores that are used on iOS devices with jail breakable apps and restricted apps to be installed without any restrictions. People still find more alternatives to get their apps which are restricted with few conditions. The demand makes the number of alternative app stores to be created. Few are malware-free and few are not. They might affect your device. It is very important to choose the best app store and install the applications in the right way. If you find something wrong just avoid or skip the installation before you use it on your device. While you are trying to unlock the apps, you should be very careful in it.