In the Season 2021 Opening Day that premiered on January 8, "League of Legends" promised fans with brand new thematic skins. Developers mentioned that they were planning to increase skin roll-out this year, especially for champions who have not received any new skins.

After the February Lunar New Year, Space Groove was the next major skin thematic Devs had in mind. 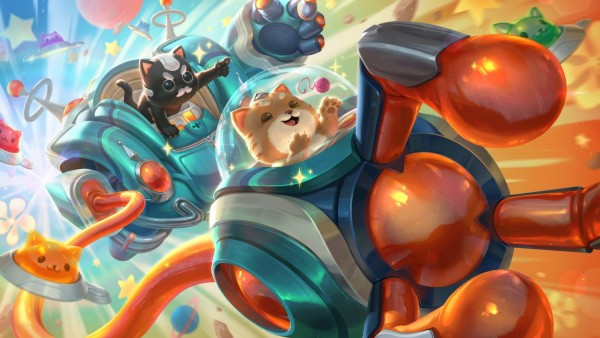 Quoted as "psychedelic retro-futurism in space," Space Groove is an eccentric take of a sci-fi universe full of fun and color, where the laws of physic and logic don't always apply.

Our first sneak peek features Nasus and Rumble being co-piloted by small cute animals and Lux in a sci-fi-inspired blue space dress. On Tuesday, fans get the full PBE previews available in League of Legends' Twitter, Facebook, and YouTube accounts.

True to their promise, Space Groove has a lot of kaleidoscopic colors and rainbow sparkles. All skins have either disco balls, dance floors, or phonograph disc records animated in their skills. Each skin also has a groovy song embedded in it, with all the champions breaking out dance moves during teleportation.

These PBE Previews are out of this world!🪐👽

All eight Splash Arts of Space Groove are released on "League of Legends" Twitter and website. These images are high-resolution, making them the perfect new wallpaper you can find. You might find all these images to be cute, fabulous and funky.

In the SkinSpotlights YouTube account, Space Groove Blitzcrank's voice line has been released, and fans are getting even more exciting reveals. Quotes and taunts suggest that Space Groove is a universe set in an intergalactic space war. However, this is far from space pirates and laser blasters. Instead, the factions Cat vs Dogs is facing in the ultimate dance-off! How cute can this skin line get?

As the second Yordle to receive her Prestige Edition, Lulu is planning to conquer space with her magic and disco boogie. The Splash art of this month's Prestige Edition is a blast of color. Aside from the stars and magic emitting from Lulu, Pix is also getting its own space disc ride.

Check the thread for splash art from the grooviest party in the universe!🧑‍🚀🚀🎶

Unfortunately, like all other Prestige Edition skins, Lulu can only be farmed through prestige points. The points can be acquired through in-game missions after purchasing the battle pass. This is a time-limited event that will be reset by the end of the year, so be sure to grab yours now!

Patch 11.6 notes are now available on the "League of Legends" website. Class is in session as the Battle Academia Skins are coming to Summoners Rift. Brand new nerfs and buffs have also been adjusted for some champions, along with some system updates for the in-game experience. 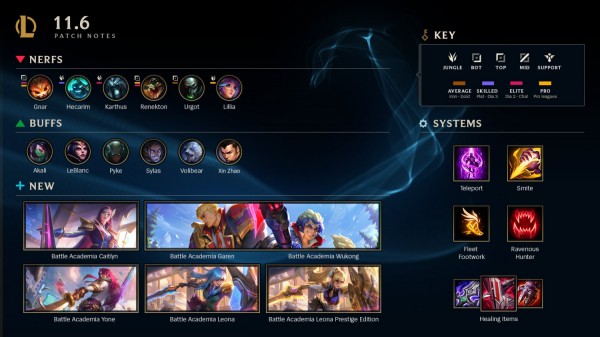 "League of Legends" has outdone itself with this brand-new release of Space Groove. The animation is unique and fun, and there is an incredible amount of detail invested in its lore. Fans can still expect more exciting new reveals with its official PBE release sometime soon.