Facial recognition and fingerprint unlock on your devices have been developed for a long time. Through research and technological advancements, the traditional ways of using biometric information were turned into a new system available for different purposes such as legal matters for crimes, security for buildings, and personal safety for devices.

Today, you can create your recognition systems on your smartphones. The best facial recognition applications are available for your Android and iOS devices. Let's take a look at the history of biometric identification. 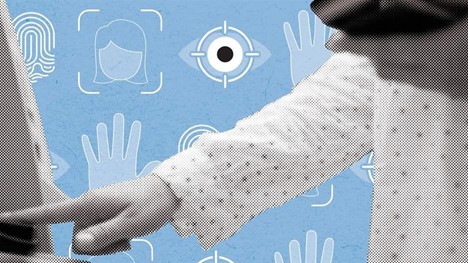 If we came to date back on how humans identify each other, the most obvious and used way is through seeing faces when they pass with each other. Simple familiarity with the facial features allows one to know who are the people interacting with each other. So, back in the past, in the villages, when unfamiliar people were seen, the community would gather and keep themselves safe.

● The year the 1800s was significant for the beginning of a system to identify individuals. Alphonse Bertillon was able to compare the body measurements of different criminals to recognize them. Then, in the 1880s, fingerprints were used as signatures and identification when discovered to be unique for each person.

● In 1858, William Herschel used handprints on contracts for workers to claim their payments from labor. The system prevented con artists from claiming other worker's earnings.

● In 1883, Mark Twain wrote about fingerprints in proving innocence when a man proved his identification from another person using his fingerprints.

● Bertillonage or known as anthropometries was established in 1870. Body measurements were recorded to distinguish individuals.

● Galton introduced a new identification system in 1896 using fingerprints that are still used up to the present day.

● Edward Henry asked advice from Galton to replace the Bertillonage system in identifying criminals. Thus, Henry Classification was developed using fingerprints to store a criminal's identification. The system was still adopted by the Federal Bureau of Investigation (FBI).

● By 1903, the Bertillon system was abolished since body measurements were the same for some people.

● In the 1930s, the part of the eye, iris, was recognized as a good unique identification with a person's own pattern.

● The 1960s was the year where Woodrow W. Bledsoe developed a combination of manual and automatic face recognition for the US Government. Then, in 1965, signatures were used as a form of identification for a person. The FBI began funding developments for a fully automated fingerprint recognition system to lessen the long process of finding individuals.

● In 1975, the FBI continued to fund different types of technology for an automated biometric system using scanners and image recognition technology. The next year a prototype of the voice recognition was developed and tested.

● By the 1980s, speech recognition was established and further developed.

● Also, in the 1980s, iris recognition and fingerprints were established as unique to every individual. Even eye blood vessels were not identical with any two humans. So, from 1986 to 1988, patents were gathered for iris and blood vessels as identification for humans.

The early 2000s was a new era for the biometric identification system. The system was adopted in many countries, not just with law and government offices but also with commercial use.

● In 2000, the FRVT or First Face Recognition Vendor Test was developed to evaluate the biometric system available for public use. Also, the West Virginia University created a degree for biometric studies to encourage students to make a new system to be used worldwide. Then, students developed researches and technologies that eventually made their way to a better biometric system.

● In 2001, in the Super Bowl, a face recognition system was introduced to know whether criminals or wanted individuals were present in the place. The system developed was used to avoid any dangerous incidents in a public gathering.

● A mandatory recognition system was established in 2004 in different countries for the citizens' information to be stored for future legal use. In 2004, the government and other institutions created a face recognition challenge to develop more algorithms for identification systems.

● In 2008, the biometric system was proven to be effective when a terrorist was identified using the identification. Thus, a huge disaster was prevented.

● In 2011, a prominent terrorist, Osama Bin Laden, was identified with the use of biometrics. The dead body was recognized to be his.

● 2013 has been a great year for a smartphone when Apple introduced the unlock feature using fingerprint.

With the continuous progress in developing the best biometric identification system, imagine a future where you will no longer be carrying IDs. Instead, cameras and scanners will be able to recognize everyone walking and driving. A better and safer world where security is of utmost priority.

Even when other people touch your smartphones, you will receive notifications to avoid any thieves. You'll not have to worry about misplacing any device and getting information stolen from you.