Well, you all must've played games when you were younger, or I can say that you probably still do. When we talk about games, some of them that come to your mind are those you played when you were younger. Some games that were so popular that they even broke records of selling copies are GTA San Andreas, Hitman, and Minecraft.

The very old survival game, released on 17 May 2009, almost every person has played is Minecraft. Creating new things with your surroundings, taking shelter in the night, cooking food, or going on mining is something that makes this game totally interesting and fun. Even in 2021, creators are struggling to create a game that can even be close to Minecraft when it comes to detailing and fun. 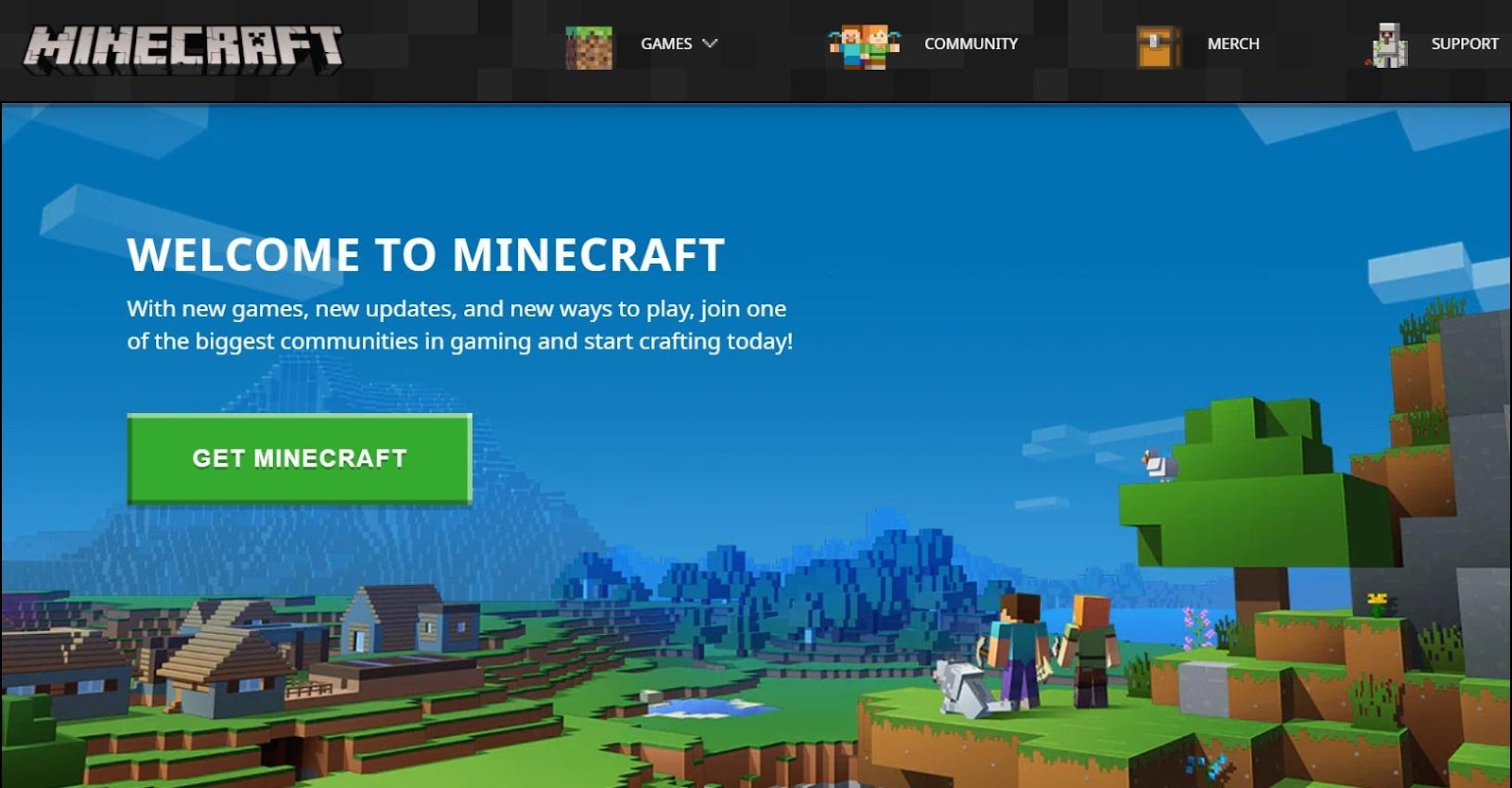 After a few testing and upgrades, Minecraft became a sandbox video game developed by the Swedish video game developer Mojang Studios. Markus "Notch" Person created the game in the Java programming language. Later, on 18 November 2011, Minecraft launched its new multiplayer version. Soon after the multiplayer version was released, the sales of this game got a rocket boost. In the year 2011, their revenue was $211 million, with 9 million copies sold. And in the year 2021, the sale went from 9 million to 33 million.

What made the game so popular?

Let's see what made this game so popular in such a short time and what impact it made on the gaming community.

One of the most important reasons Minecraft was sold so much was because of its ultra-realistic physics and mechanics. Everything that a real person would do to survive on an island is exactly how it is shown in the game.

The game starts with the player (steve) spawned in a random location in the world and then explores the world in order to survive and kill the main boss, i.e. (ender dragon). This entire journey includes hunting animals, cooking food, building a house, creating weapons, and fighting mobs in order to survive in the nighttime. All these things make the experience a lot more realistic and fun.

This game was a blast among kids, as it was available on every platform by 2011. The company contributed a lot of time in order to create a game in which people can have a realistic survival experience. 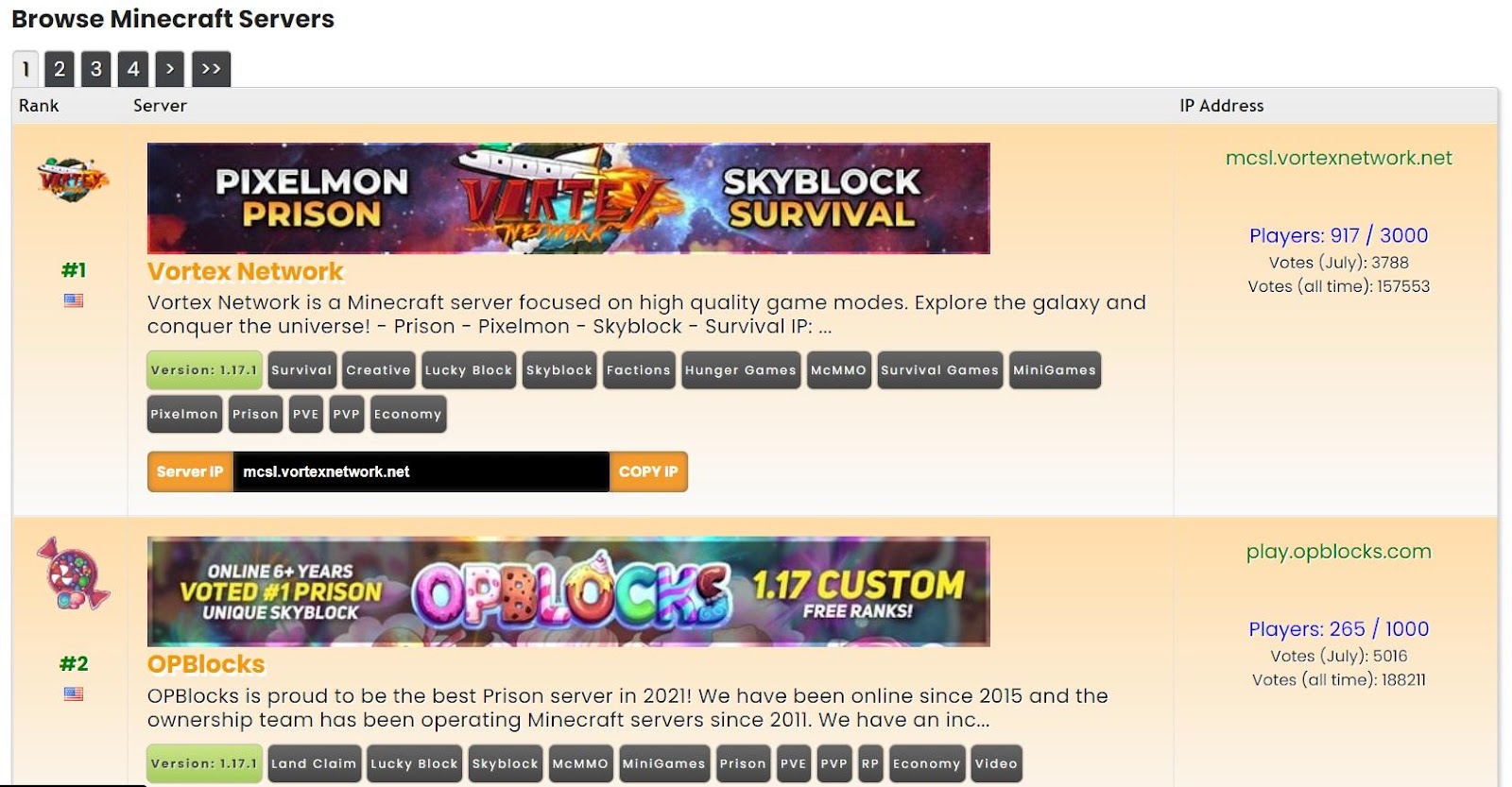 Minecraft server list pings each server often to make sure that they are online and ready to play. More than 470,000 Minecraft Servers have been monitored since the list started in 2010. This website has various categories so people can find servers according to the type of platform they play on. Editions like Vanilla and Java are some examples. You can also create your own server and make a submission for free on this site. If the server is fun and interesting, then there is a chance to be on the top server list.

Some of the best and unique server categories which became famous in no time and mostly played all around the world are:

3) Shops and a game for streamers.

Obviously, if a game has multiplayer, then there has to be competition among players to prove who is the best. In order to do so, Minecraft added the feature of buying and equipping skins that you can wear in-game to stand out from the other players. Minecraft also added capes other than outfits, which also became famous as people found them interesting and fun.

After the game got famous, some streamers started to do speed runs to make a world record. This also became a trend soon after. Many well-known streamers like Tfue and Cizzorz also followed this trend and made this trend even more popular.

Minecraft announced mods in 2010, which had a big blast on the community. All players were allowed to create and use mods. This gave them more reasons to play the game. And of course, you can find them anywhere on Google, try it for yourself, and there is no way that you won't get hooked on it.

While playing Minecraft, kids' minds engage in creative activities, which teach them problem-solving questions and overcome an obstacle or situation. There is a lot that kids can learn from this game. Like the name of different types of ores, what are ores, how are ingots made, use of lapis lazuli, and much more.

Also, there is a probability that they will gain an interest in coding. They can create mods and various things using coding. This can also help them start a career of their own liking.

Even I have even played Minecraft for hours and learned a lot from it. This is one of the best games which has ever been created in gaming history.