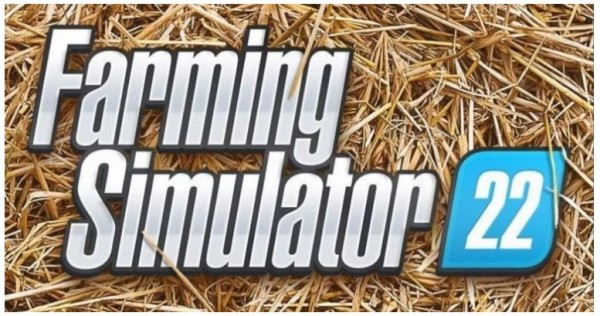 Farming Simulator is a video game series developed by GIANTs software, a tech firm headquartered in Zürich Switzerland with branches in Erlangen, Germany, and Brno, Czech Republic. The game is based on modern farming methods and is designed to enable players to creatively construct and manage their farms in three different environments in Europe and America. It is primarily focused on crop farming, livestock rearing, and forestry. Farming Simulator 22 is the latest installment of the exciting series and comes with some new features as well as the usual capacity for mods, as in previous games. Rumors had it that mods will not be integrated into Farming Simulator 22 but the developer has promptly dismissed such insinuations.

A privately held company, GIANTS Software commenced operations in 2008 with just two staff: co founders Christian Ammann [CEO] and Stefan Geiger [CTO]. Both men say they observed the paucity of games that explored the farming profession and decided to create one that will highlight farming procedures such as operating tractors and others.  Having grown up in the countryside, both men were very conversant with the rudiments of farming. Yet, they still had to research and consult widely to come up with an ideal and acceptable game that can make the desired impact. The result of the groundwork was the first installment of the Farming Simulator in 2008. Except for German equipment maker, Fendt, that maiden episode mostly deployed generic automobiles and implements. The well-received game has since evolved 9 main titles [including Farming Simulator 22] and 5 mobile titles.

As noted above, Farming Simulator 2008 made a significant impact in Europe. Specifically, it sold 150,000 units on PC, enabling the developers to employ more workers with the revenue windfall. In total, all the Farming Simulator episodes have sold over 25 million units and attracted 90 million mobile downloads [as of 2020].

A July 2018 report by the influential UK tabloid, The Guardian disclosed that an estimated that 25 percent of Farming Simulator players were involved in the farming industry in some capacity [e.g., mechanics and suppliers] while between 8 to 10 percent were full-time farmers. The Guardian further noted that "the relationship between farmers and Farming Simulator is growing stronger. Manufacturers are already lining up to see their farm vehicles featured in-game."

CTO Geiger believes gamers are inspired to play based on a variety of reasons. "I think the main reason why people continue playing is because of the game's RPG loop: you do the work, get more money, and use that to buy bigger, cooler machines and grow your farm. ... But there are tons of different motivations for playing the game," 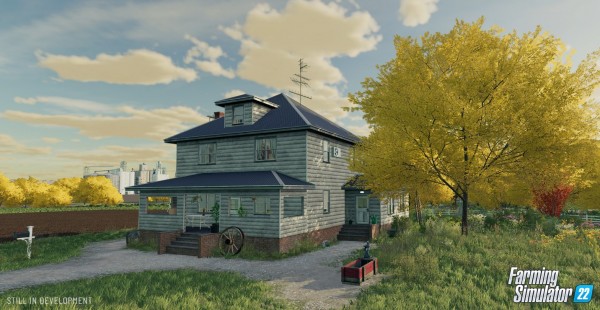 Probably in fulfillment of a longstanding demand by players, GIANTS has incorporated new seasonal cycles that add more value to Farming Simulator 22 with the inclusion of the four climatic seasons [spring, summer, autumn, and winter]. Before now, gamers had to rely on a seasons mod developed by Realismus Modding for Farming Simulators 17 and 19 but not every gamer had this mod. GIANTS says its four seasons are different from those of the seasons mod.

The company has since released a trailer and pictures showcasing a glimpse of the cycles. In terms of visuals, expect to see color changes in the vegetation as well as seasonal features such as winter snow and icicles. Though the new seasonal cycles feature is in-built, there's an option for gamers to switch it off before commencing play. However, switching off only discards the growth limitations and not the visual changes. 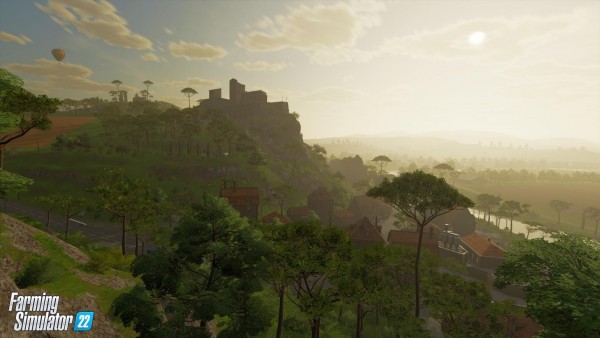 In all, there will be three base game maps in Farming Simulator 22. Two new maps have been developed alongside an updated Erlengrat map which featured in Giants Alpine Farming Expansion in Farming Simulator 19. Details of the new maps are still sketchy but the developer has put forward some information about one of them known as Elm creek. Inspiration for the Elmcreek map was drawn from the flat landscape of the US Midwest.

The map is characterized by large fields and vast open spaces upon which farm structures can be erected. A notable change is the presence of fields of diverse shapes and sizes, including rounded edges. This is unlike previous fields that were like squares and rectangles. Already erected structures in the scenic landscape include huge grain silos, a baseball stadium for team Elmcreek Wolves, a gas station, and a highway, among others. There are also some aquatic landmarks such as a river and a waterfall.

The farm is strategically positioned in the map's center thus allowing for a possible expansion across the 81 predetermined fields. The unevenly sized fields can be combined to create larger super-fields. You can use the plow and the 'create fields' button to merge fields. 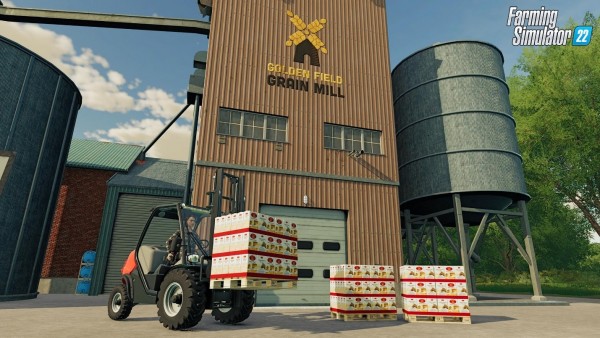 Recall that earlier versions of the basic series did not make room for processing of harvested farm produce into finished products thereby limiting the scope for farming efficiency and increased profitability or income. Farming Simulator 22 has changed that by including processing plants and a lot of other new buildings. The aim is to ensure that farming no longer stops immediately after harvesting and selling the harvested crops but that farmers can add extra value to harvested crops and hence earn more money.

For instance, if your harvest includes grains for bakery products, there are flour mills that can help to first turn the grains into flour before proceeding to be baked. Moving the substantial quantities of farm produce to both the mill and bakery will involve transportation. The farmer thus has to either transport the product personally or contract other service providers at a cost.

Just like seasonal cycles, the only way to have production factories in the game previously was through mods. Moreover, the mod option has only PC functionality. Hence, Farming Simulator 22 represents a significant improvement because not only are there inbuilt production facilities but the farmer can build more facilities in the large fields and vast open spaces using the "build mode" tool [discussed below].

Three new crops - grapes, olives, and sorghum, will be debuting on Farming Simulator 22. GIANTS has hinted at 'special equipment for the grape vineyards. This equipment will be used to fertilize the grapevines as well as loosen and mulch the soil for improved farm yield. For those who wish to play with seasonal growth activated, the developer advises that they study the crop calendar to know the best times to plant these crops.

For instance, grapes should be planted between March and June and harvested in September and October. The grapes can be harvested with the New Holland Braud 9070L. For olives, between March and June are also the best months for planting, just like grapes. But harvesting should not extend beyond September and the New Holland Braud 9090X serves as the harvester. Dry climatic conditions are most suitable for sorghum cultivation. Hence, planting should occur between April and May while the harvest period is between August and late September.

With the new production chains feature in Farming Simulator 22, gamers also have an option of processing the newly added crops. For example, grapes can be turned into grape juice, olives to olive oil, and sorghum to flour.

These twin objectives propelled the company to revamp the extant mode by significantly increasing the number of placeable items and redesigning all the controls. The developer says the new build mode makes it easier than ever to build a farm to your taste. If you wish to erect a vineyard, for example, you have to first launch build mode, and then stripe your fields with vines before proceeding further.

Mods have always been part of the Farming Simulator series and this installment won't be an exception. They are important because, among other things, they allow fans to make a direct input in the storylines and conceptualizations of games. Some popular Family Simulator mods that have emerged over the years include Seasons, Courseplay, GPS, and Follow me.

Do you aspire to create and edit mods for Farming Simulator 22? If yes, then you have to download a tool known as GIANTS Editor. To learn more, you can also check out the 'MODS' page of the developer's website, read its modding tutorials and book titled 'Modding for dummies." Apart from these, the internet is awash with all kinds of resources, including downloadable Farming Simulator 22 mods.

Finally, with the new features and overall enhancements in Family Simulator 22, it is expected that gamers will further come up with great mods that logically fit into the now expanded storyline to make the game even more attractive and popular.