Astronauts have Replaced Old Batteries in Series of Spacewalks

Two astronauts have hustled on Sunday, October 6, to replace the old batteries of International Space Station.

Astronauts Andrew Morgan and Christina Koch went on the first of a series of five spacewalks to remove three batteries of the orbiting space station. The replacement batteries are powerful lithium-ion ones that were delivered a week ago.

The two Expedition 61 flight engineers worked out on space for a total of seven hours and one minute when it began at 7:39 a.m. EDT and stopped at 2:40 p.m. EDT according to Space.com.

The two astronauts worked on the port side of the space station or the far left of the ISS.

The new batteries are so powerful that only one is needed to replace two of the nickel-hydrogen batteries the ISS originally had, according to the New York Times. 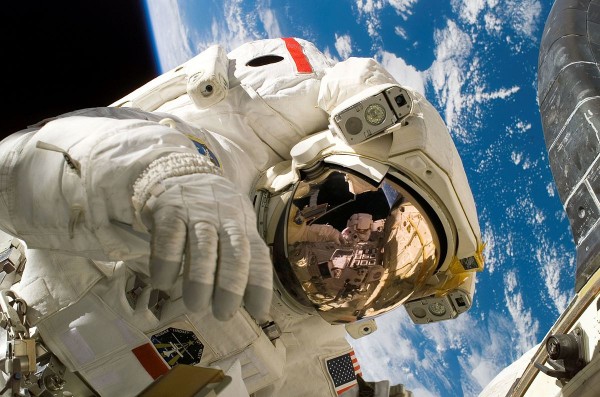 Koch and Morgan will venture out once again on Friday to work on the batteries 250 miles up of the space station.

The International Space Station is powered by eight solar array wings with four on each side of the space station. The arrays are solar array wings that provide electricity to the ISS when they are in sunlight.

Meanwhile, the batteries are vital as these provide electricity to the orbiting laboratory when it's passing through the Earth's shadow.

Each battery weighs 400 pounds and is half the size of a refrigerator, as reported by ABC News. Since the area is in an extreme location, it was too far for the 58-foot arm robotic arm to reach. Therefore, the astronauts had to carry the hefty and large battery back and forth between themselves until they reached their destination.

The robotic arm was first used in 2017 during the first series of battery upgrades.

Although the massive weight of the battery is almost nonexistent in space, it still proved to be tough for the two astronauts.

The challenge was the bulk of the batteries blocked their view of the other. They had to rely on constant communication and updates. Koch can be heard saying, "I am right next to you," at one point while Morgan confirmed he had the battery.

Both astronauts updated one another until the work was done.

NASA plans to complete the series of spacewalks this month, which will then be followed by a Russian spacewalk.

There are also five more spacewalks happening in December and November conducted by the US in collaboration with Italy. These spacewalks aim to fix vital science instruments.

Later this month, an all-female spacewalk will happen by Jessica Meir as well as Koch.

Meanwhile, Koch also holds the longest single spaceflight by a woman. She is currently two-thirds through her 300-day mission.