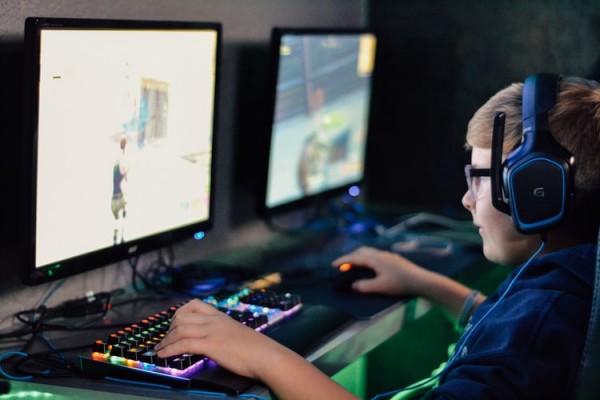 Currently, the makers of Fortnite are facing a Canadian lawsuit that seeks class-action status. Legal notice for the lawsuit has been filed last Friday in Quebec Superior Court, as reported by Canada's Global News.

The US-based company Epic Games, most popularly known as the company that developed Fortnite, is facing allegations for purposely designing and programming the online video game to be addictive.

The notice states that, "The addiction to the Fortnite game has real consequences for the lives of players: Several don't eat or shower, and no longer socialize," as highlighted in Fox News. In fact, players are even allegedly seeking treatment for their addiction.

In a simple sense, Fortnite is a game that features a virtual battlefield that pits 100 players against each other. The concept of the game is a little similar to video games such as PlayerUnknown's Battlegrounds (PUBG) and Rules of Survival (ROS).

The game took the gaming industry by storm back in 2018, becoming one of the most popular free games on a console. This success enabled Epic Games to rake in $3 billion last year.

Right now, the gaming platform has more than 250 million users worldwide, which is why Montreal-based Calex Legal, a firm acting on behalf of the parents of two minors, filed a legal notice in order to seek justice on Epic Games' failure to inform and warn about the risks of their product.

According to the legal notice, the two minors, aged 10 and 15, have developed an addiction to Fortnite. They have reportedly spent around $600 and $500 on the game just this year.

The two also allegedly play the game for many hours daily and become "angry and frustrated" when prompted to stop playing.

To this, Calex Legal cited the World Health Organisation (WHO) gaming disorder classification, comparing the so-called Fortnite addiction to the likeness of cocaine addiction.

Accusations about the company hiring psychologists to intentionally make the game addictive were also presented on the legal notice.

"Human psychology and manipulation of the human brain have been the epicenter of Fortnite development process that has been specially designed to be highly addictive," the notice says.

Alessandra Esposito Chartrand, an attorney from Calex Legal, stated that the lawsuit filed is based on a suit that was filed in Quebec Superior Court back in 2015. The lawsuit was filed against tobacco companies. The ruling was in favor of the claimant, highlighting the failure of the tobacco companies in question to provide adequate warning about the dangers and risks of smoking.

Chartrand ultimately claims that the lawsuit only circles around the obligation of Epic Games to disclose this kind of information to consumers.

"It's basically the same legal basis. It's very centered on the duty to inform," Chartrand told CBC.

And while it's true that Fortnite includes a class-action waiver within its terms of service, Chartrand claims that the clause will not stand up in the Quebec court because of the provincial consumer protection laws.

With all the serious allegations befalling the game and the company, Epic Games is yet to comment about the lawsuit.