The 8 Biggest Technology Trends to Watch Out For in 2020 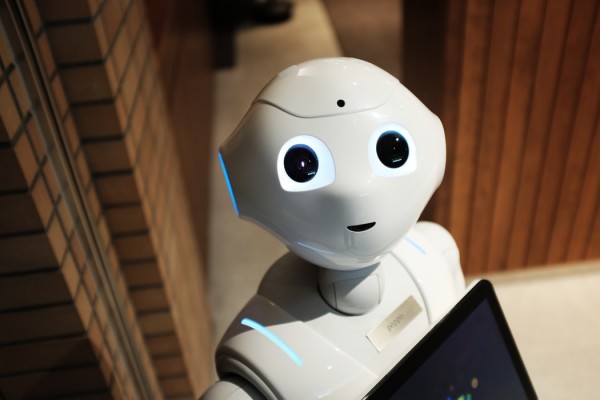 As we usher into the beginning of a new decade, technology will most presumably continue to progress. There is no doubt that we'd see massive technological advancements across different industries. Simultaneously, the increase of developments involving the proliferation of software into our daily lives will feasibly make these technological trends possible by the year 2020.

In recent years, we all have witnessed the growth of voice technology. As a matter of fact, it paved the way for the creation of smart devices ranging from speakers to watches. The technology also helped make the concept of digital assistants - like Siri, Alexa, and many more, possible.

Now that the foundation of this technology has been firmly set, the only other way to go is up. Voice technology will most probably intertwine with other technological improvements in almost every platform and industry worldwide.

With this, this technological trend will doubtlessly be enhanced and incorporated in future gadgets and devices all over the world.

Although we're not yet in the era where self-driving cars have become a norm, we have seen hints of it in recent years. In fact, Elon Musk, the chief of Tesla, proudly stated that his company is almost finished with their autonomous driving initiative. In fact, Tesla's very first autonomous car is expected to be ready by next year.

Waymo, on the other hand, is readily preparing to launch its autonomous driving service starting in Arizona. The company is expected to extend its services in other states and cities in the next couple of months.

Related Article: PlayStation 5 Bound For 2020 Release, Might Get $500 Price Tag

The technology behind cryptocurrency, blockchain, is anticipated to stay and improve over the next few years. This time, however, it will be incorporated in other areas other than cryptocurrency.

Nonetheless, the recent increase in the value of bitcoin also hints us that the cryptocurrency industry will likely enhance starting next year. Furthermore, various development in the industry is anticipated as online commerce progresses.

Cashless transactions have always been a concept the public is very keen on exploring. Luckily, the blockchain technological trend is expected to make this possible. As more and more financial platforms are becoming open to online commerce, we can assume that mobile commerce will be ready a few months into 2020.

Just this year, rumors about the 5G Network has started to circle social media and news platforms. This network that offers faster internet speed is expected to be incorporated in a number of devices by next year. In fact, Apple is anticipated to release the first iPhone to support this feature.

In the year digital marketing was first introduced, analytics has become a big part of big industries across the globe. In a simple sense, analytics is merely collecting and organizing data; however, this can be further developed to pave the way for the development of AI and learning machines.

Over the last few years, the development of AI has been inconsistent. There are times it's successful, while there are times when it fails.

Nonetheless, AI has relatively been improving every year. While we can't yet expect to have it functioning the way we see it in movies, there's a big possibility that it will be a big part of the business industry as AI-as-a-service.

Lately, Virtual Reality (VR) has been a successful venture. From mainly being created for the gaming industry, it has now been introduced to other industries as well. In fact, it is now used in medical and aviation training.

In 2020, it's expected that the technology trend will be explored more to create more immersive digital experiences.

Related Article: Apple is All Set to Release Augmented Reality Glasses on the First Half of 2020