Here's Why You Shouldn't Buy a PS4 This Coming Black Friday 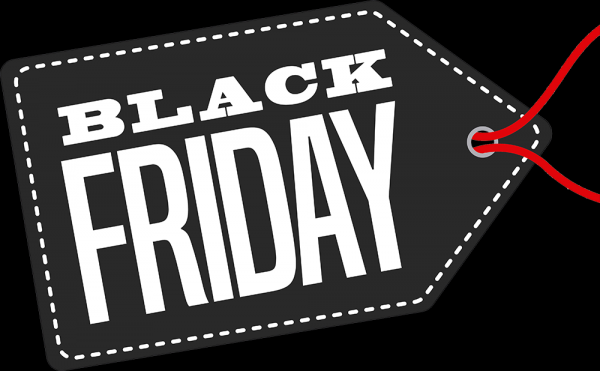 As everyone knows, Black Friday is the perfect time to make purchases since almost everything can be bought at a rate much lower than their original prices. This is also why most gamers look forward to this day in order to avail of great deals for consoles and games.

Most of the time, it's practical to buy gadgets, consoles, and other devices during this time of the year - which is why you probably waited this long as well before you make your tech purchases. However, rumor has it that while you can pretty much get a good deal out of anything on Black Friday, that applies to all other things except for the PS4.

You must be wondering why. After all, what's so bad about purchasing something you've waited long enough to have?

Let us explain why.

Related Article: PS4 Pro Designed To Compete With PC, Not With Rival Consoles?

The original PlayStation 4 and Xbox One was first launched back in 2013. This means it has already been six years since the current generation of these gaming consoles were first made available.

In recent years, these generation consoles experienced the first mid-cycle premium additions aimed to give them more power; however, the point is that these consoles have already been available for a long period of time.

If you're really desperate to get your hands on one, you would've probably done so a couple of years ago. So, why buy a PS4 now when Sony will launch its latest gaming console, the PlayStation 5, next year?

Just this month, Sony finally confirmed that PS5 will be launched on the holiday season of 2020. This only means that you'll probably see a bigger reduction on PS4 and PS4 Pro on Black Friday next year than this year since retailers will want to clear out stocks of older generation consoles.

On the other hand, purchasing a PS4 Pro this year will be disappointing as they are still sold at a price that's almost too close to their original tags. You'd be able to buy a base or slim PS4 for a much lower price; but sadly, the said console will be seven years old in the coming year - making it a tad bit outdated.

While you might still be able to play recent generation games just fine, a few years from now you'll be unable to use your purchased PS4 consoles for future games.

Related Article: The Pros And Cons Of The 'PlayStation 4 Pro

If you wait for next year's Black Friday, it's likely you'll get a PS4 Pro for the price of the slim PS4 offered this year. In addition to that, you'll also be given a chance to avail of a discounted PS5 during sale events like Cyber Monday and many more.

That being said, the decision will be up to you. So, we'll leave you to think about what you will do.

Will you still purchase a PS4 in the upcoming Black Friday despite the given circumstances? What is another year of waiting when you've already waited six long years for a console?

There's no harm in waiting for a little bit more. Thinking about it, PS5 is less than a year away already, so you won't really have to literally wait for another twelve months to get your hands on it.

A piece of advice: All good things come to those who wait.

Related Article: PlayStation 4 Pro Review: Is It Worth It?