BlizzCon 2019 will take place next month in Anaheim, California, and rumors surrounding the reveals that will take place during the Activision Blizzard event are circulating the internet, most specifically the release of Diablo 4 and a probable Diablo 2 Remaster game, among others.

The latest rumor about the Diablo franchise came from a Twitter handle named Metro, who is believed to be an industry insider and has--in the past--successfully predicted and broke the news for BlizzCon before they even happened.

Besides his tweet about the Diablo 4 and 2, he has also shared from another Twitter account a leaked promotional material for BlizzCon 2019, which referenced Diablo 4 (called Diablo IV) for an ad for a new art book.

According to GamesRadar, this is the first time people have heard rumors about a Diablo 2 Remaster; however, news about Diablo 4 has already been circulating last year when Kotaku reported that Blizzard is already working on it.

Besides the Diablo franchise, fans are also expecting some news on an Overwatch sequel.

With that, Metro has also posted a series of tweets regarding Overwatch 2, noting that his sources come from "someone tied to a Blizzard dev."

In his tweets, he said that Overwatch 2 will be the sequel's official title and it will not be an expansion of the current Overwatch game and that the title will be officially revealed after a short cinematic animation that will include heroes Winston, Mei, Tracer, and a younger Genji.

Additionally, the sequel will include several features, including a PvP and PvE mode, as well as a new leveling system for each hero that will change a particular ability. 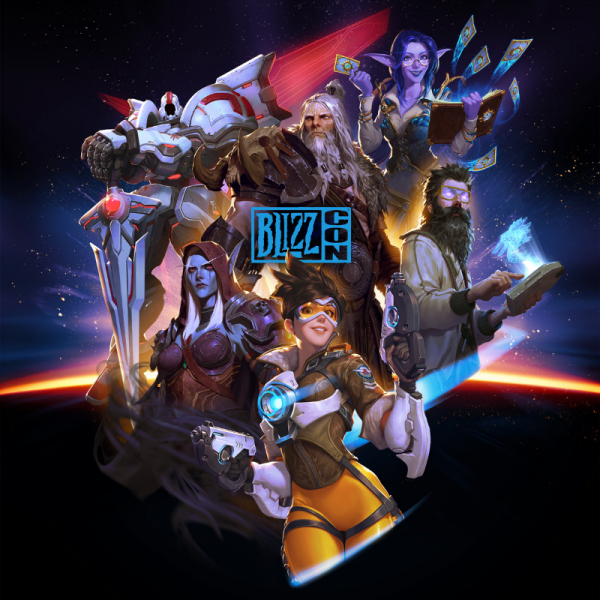 (Photo : Blizzard/Facebook)
BlizzCon 2019 is on November 1 to 3 at Anaheim, California.

There are also rumors that Modern Warfare will support a split-screen multiplayer mode.

It would not be surprising if the developers do reveal another installment to the well-loved Diablo franchise as they have admitted to working on several projects about it before, plus it was believed that the new addition to the series was supposed to be released at last year's BlizzCon, but was delayed moved due to development issues.

The new game may also win back everyone's graces as Blizzard had a tough month following the ban of Hearthstone player over his support for Hong Kong, with Blizzard under heavy scrutiny when it happened, with fans around the world wanting to boycott the company.

Days after, the company has posted its official statement that explained why their banned Ng Wai Chung, also known as "blitzchung."

They also revealed that they will be reducing the suspension period from 12 months to six and that they will give back the cash prize that was taken from the player due to the incident.

Although the rumors seem pretty solid, take it with a grain of salt since nothing is official unless revealed at BlizzCon itself that will start on November 1 and will end on November 3.