Fans of multiplayer online battle arena game, League of Legends, are excited that the Riot Games title is finally coming to a smaller, but more accessible platform: smartphones.

League of Legends: Wild Rift will be a mobile MOBA game that will work precisely like LoL on PC, with the only difference is you are using your thumbs, and the screen is smaller than usual, but everything else is similar to the main game.

The expansion to the League universe will also be available on consoles soon after the mobile release in the last quarter of 2020. 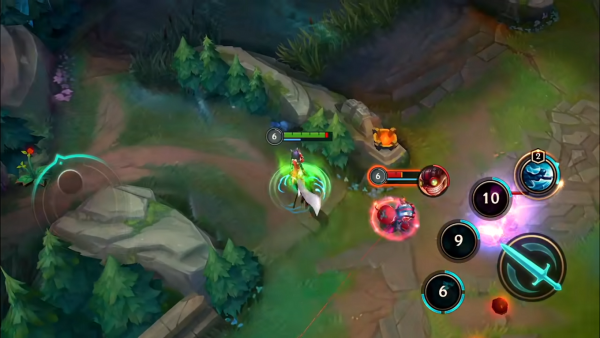 Riot Games hasn't set the requirements for the game yet, but they wanted to make it accessible to as many people as possible, that's why the game will be available on both Android and iOS devices.

According to Dot Esports, the targeted requirements for Android devices are as follows:

Meanwhile, the game will be available for iPhone 5S phones to the most recent ones.

Riot has promised that it will release alpha and beta modes of the game in select regions for testing, starting in China, with additional areas such as countries in Southeast Asia, Taiwan, Hong Kong, and Macau.

There has been no official date for alphas and betas of the League mobile version, nor its release for everyone; however, fans are expecting to hear some news soon.

Plus, fans can pre-register for the game so they can have it earlier than everyone and test the alpha and beta modes when they launch.

According to Revu, there are three official ways to pre-register.

The first one is through the Wild Rift's official website, where you will only need to input your birthday and your email address.

The second method is to sign up for pre-registration on Google Play Store, where you can search for the game and click the pre-register button, or be redirected from the official website of the game.

Once Wild Rift is up, you will be notified by Google.

Lastly, you can pre-register through the TapTap app store, which is an app that allows you to get Chinese apps and other unreleased apps on the Google Play Store.

Although the game will be available on iOS, pre-registration through the App Store is yet to open.

League of Legends: Wild Rift is free-to-play with in-app purchases, mainly for skins, items, and other extras, while the champions can be unlocked without paying for money in real-life.

Based on a report by Player.One, the game will include 40 champions, all of which came from the original roster of heroes on the main title, meaning existing fans of the game can most likely get and play their favorite champions from the PC version.

The new map in the game, aptly named Wild Rift, is also based on Summoner's Rift, which is the map on the original game.

Riot Games also had to create the game from scratch, streamlining it for the platform and for faster games that will span from 15 to 20 minutes.