Red Flags to Watch for When Buying a Used Car 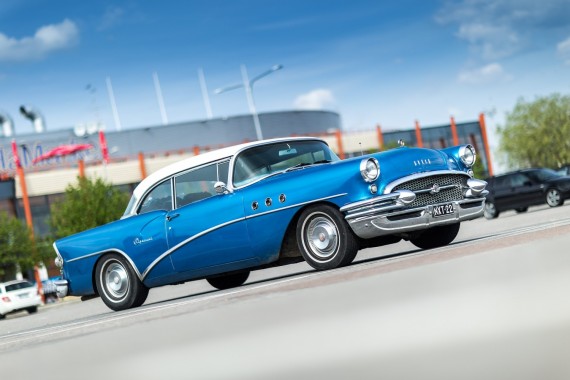 If you've decided to buy a used car, you probably have pretty good reasons for doing so. You, for example, can get better insurance rates on a used car versus on a new car in most cases. Of course,  before you do buy a car new or used, you should already have insurance.

Not having insurance even for a short period of time could leave you facing serious legal problems.

Other benefits of buying a used car include the lower costs, and it may be easier to find replacement and aftermarket parts for a well-known used car as opposed to a new car.

It may be a better investment financially too since cars are notoriously known for their rapid rates of depreciation.

While there are advantages to buying used, you have to be savvy and protect yourself at the same time.

There are times when someone could take advantage of you if you're buying a used car, and the following are important red flags to keep in mind and avoid.

Price Gauging on the Stickers

If you're planning to buy a used car from a dealer, you may browse the lot, and if so, you'll see stickers on the windows of all the vehicles.

Some of these stickers may have deceptive things listed that are meant as price gouging tactics, so the dealership can increase their profits.

For example, there is an acronym of MVA you might see on the window stickers. MVA stands for Market Value Adjustment.

If you see things on the sticker price that can't be reasonably explained and the dealer isn't willing to negotiate on them, you should probably look elsewhere for a used car.

If you're buying from an independent seller, you should ask to see the records relating to service and maintenance for the vehicle. You can even ask a dealership to see these records.

These are important because they'll show you things like routine oil changes that have a big impact on the longevity of a vehicle.

If the person you're thinking about buying from can't produce these records, it may be a red flag. You can't reasonably buy a car that you don't know has been maintained.

On the other hand, what about a list of recently done repairs that the seller shows you? For example, a list of several replaced parts done recently?

This might mean that there could be other glaring issues the seller has opted not to fix, and they've fixed just the bare minimum to sell the vehicle and not have to worry about it anymore.

Prices That Are Too Low

While we all want a great deal when we buy a car, if the prices are too low, you should be cautious.

No one wants to sell a perfectly good car for significantly lower than market value. If someone does appear to be doing that, you should question why that is.

Of course, there are some situations where a person might genuinely need to sell their car fast, so they drop the price to reflect that, but dig into the situation a little deeper if it seems too good to be true.

The Seller Refuses an Inspection

Before you buy a used car, you might want to have it professionally inspected. There's nothing unusual about that, and a legitimate seller should be happy to let you do so.

If a seller seems to be unwilling to have the car inspected, it's a red flag.

You have to keep in mind that used cars are sold as-is so if you buy one with a major problem and don't discover it until later, that's on you. Of course, an inspection might uncover minor issues that can be easily fixed, but then you have the benefit of using them as part of your negotiations.

No one wants a flood-damaged car and something that might tip you off that you're about to buy one?

Carpets that look newly replaced, or carpets that don't match one another.

Of course, not all new carpet means the car experienced flood damage, but since it's not something sellers frequently replace, keep an eye out for this.

If there's even a suspicion a car has been in a flood, move on.

A Seller Who's Too Controlling

Are you talking to a seller who wants to micromanage everything involving the vehicle they are trying to sell?

It's fine for a seller to want to make you think their car is worth the money, but when is that a problem?

If the seller wants to completely control the test drive, that could be for good reason. Not allowing you to go for a test drive is another potential issue.

If a seller tries to tell you there are certain systems you can't use on a test drive, again, you might want to question why that is.

An outstanding recall means that the maker of a car has determined something is wrong with it. They may be forced to issue a recall, and automotive recalls are often linked to serious safety issues.

An automaker has to take on the cost of fixing issues from recalls, but if you're looking at a vehicle with a recall that hasn't been addressed, the owner has probably been lax in other areas of maintenance as well.

No Title or a Bad Title

You can't own a car or legally sell it if you don't have the title. If a seller doesn't have a title, go elsewhere.

In addition to not having a title, another issue could be fake titles or titles that aren't properly issued.