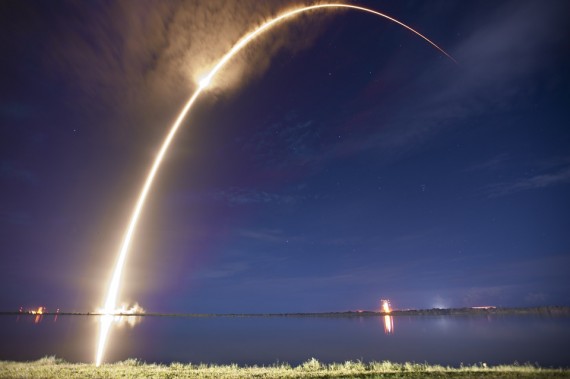 The massive technological marvel SpaceX has been working on a new project where it plans to use satellites positioned around the world to provide affordable but high-quality internet service. At around 5:31 p.m. on Thursday, the company's endeavor intends to launch the seventh of the Starlink satellites, which were designed to work together to sustain globally accessible broadband internet.

The company has stated it is improving their experience in constructing spacecraft and rockets for deployment as the world's leading state-of-the-art broadband internet system.

Featuring unmatched performance going beyond the capabilities of conventional satellite internet, and a global network unrestricted by ground infrastructure, the Starlink series will provide high-speed internet to places that have mostly experienced unreliable, costly, or nonexistent services.

The spacecraft will follow an elliptical orbit around the Earth about 15 minutes after take-off. Data reviews will be conducted by engineers over at SpaceX to make sure the craft's systems are all functioning as intended. Once tests are have been done, onboard ion thrusters will enable the satellites to place themselves to their respective mission points and an operational altitude of 550km.

Every single Starlink satellite possesses a weight of about 260kg. It is designed with a compact, flat-panel that avoids excess volume, allowing for a dense launch stack taking full advantage of the launch capabilities of Falcon 9.

Equipped with four powerful phased arrays along with two parabolic antennas residing on each satellite, and the massive amount of materials which can be placed and redirected at a moment's notice, it still costs significantly cheaper than internet services being offered today.

On March 18, the sixth satellite of the Starlink series was launched.

Staying near Earth, the satellites will avoid becoming excessive space junk due in-part to their features. Once they reach the end of their lifespan, they are engineered to utilize their propulsion systems to push themselves away from orbit over a few months.

In case that these procedures encounter problems, however, the satellites were designed to disintegrate within the Earth's atmosphere in a matter of 1-5 years, which is unquestionably much shorter than the hundreds or thousands of years that it takes for the same event to happen at higher altitudes.

Read Also: SpaceX CEO Elon Musk Posts Tweet Of Asteroid Smashing Through Earth As A Nod To The World's Economy Following The Pandemic

In with the new and out with the old

The arrival of the seventh satellite into orbit goes into fruition as SpaceX prepares to deorbit two of its previous spacecraft. The Tintin Starlink satellites were launched back on February 22, 2018, and were the first two in the series to be operational.

The two spacecraft were expected to have a six-month operational capability. If it were exceeded, they would remain in orbit until such time comes that their primary mission goals became unattainable.

Spending more than two years of their life in space, the two pioneers seem to have reached an impasse in their mission. Since their placement, they have maintained steady orbit at a 500-kilometer altitude. Early this month, however, a decrease to a height of 490 kilometers hints to the decommissioning of the satellites.

The two satellites are the third and fourth to be deorbited. The first was Starlink 46 back in February of this year, followed by the second, Starlink 1220, a month later.

The event with Starlink 1220 was controversial as it was deployed only a month before the deorbiting, leading some to believe a technical issue with the craft. SpaceX has refrained from giving out any information regarding the occurrence, however, leading to the reason behind 1220's deorbiting as purely speculations.

Read Also: Experts Find Mid-Sized Black Hole 50,000 Times The Mass Of Our Sun That May Possibly Be The Vital Information Needed To Understand The Formation Of These Cosmic Predators