Sims 4 Gets an Environment-Friendly Expansion Pack Called Eco Lifestyle: Here's What to Look Forward to 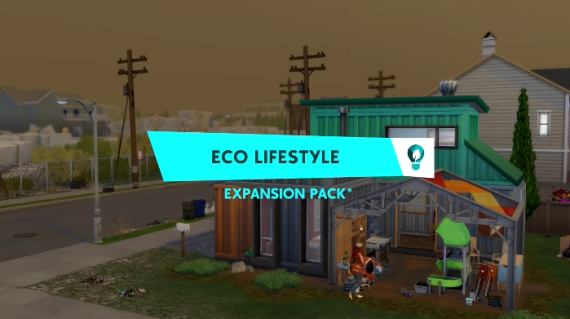 Sims 4 Gets an Environment-Friendly Expanssion Pack Called Eco Lifestyle: Here's What to Look Forward to (Photo : Screenshot From The Sims Official YouTube Channel)

Sims 4 gets another expansion and it is probably something that nature lovers will appreciate. EA's popular simulation game gets an Eco Lifestyle pack that includes a lot of new eco-friendly items that are designed to let you play the game without having to worry too much about your sim's carbon footprint.

This expansion pack brings your sims to a whole new world called Evergreen Harbor where players are encouraged to take more of an environmental approach towards things.

This time, players can produce their own electricity by using water and wind turbines, solar panels, and even dew collectors!

The players can now even grow out their own food with a brand new vertical garden feature moving the game closer towards an ideal green and self-sufficient environment.

All of these brand new features somehow have a positive influence on the neighborhood and is directly influenced by the certain actions that you choose to make.

The real effects of an unprioritized environment like smog building and pollution make the players even more concerned about the environment.

The more aware your character is of its surroundings and the more attention you pay to the little details around you, you'll notice that this really improves the livability of your sims.

Another great additional feature to this game is that your sims will now be able to dumpster dive in order to look for new materials they can use for crafting.

The items you craft can be used for decoration or can even be sold! This means that recycled items can now turn into a legitimate source of your sims' money!

Most people consider being vegan something that is quite unorthodox but one of the better personalities of this lifestyle is the preservation of nature.

Nature can be quite hard to look after but with the little extra efforts here and there, nature will abide accordingly to the changes humanity makes.

The game does not offer a "vegan" option per se but it offers the possibility of veganism with the extra vertical garden that provides not only style but also sustainability.

With everything going on in the game from chasing riches to popularity, your sim can finally choose a different path to preserve the in-game environment.

Aside from the realism, the game has also released some pretty interesting fictional expansion packs which allow the player to live in a certain world far from their current one.

This Eco Lifestyle pack is actually the 9th expansion to this entire series and is scheduled to release on June 5 for Xbox One, PC, and PS4.

You can also keep yourself updated by checking out the live countdown for the expansion pack's release.

Read Also: Lord of the Rings for PS5, Xbox Series X, and PC Follows a New Path: The Peculiar Life of Gollum