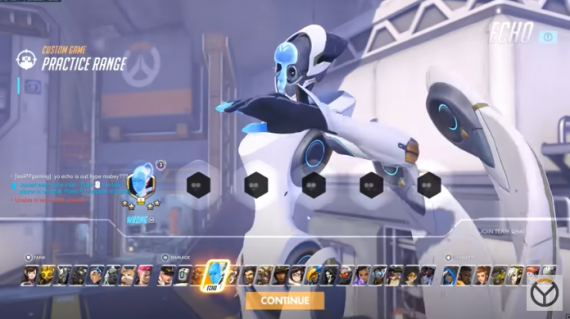 Overwatch by Blizzard is definitely getting more competitive and with the recent pandemic, the numbers of players have also increased. In order to keep your winning streak, it may be time to go a little dirty.

Although Overwatch has been very clear about this, it seems like not many players are paying attention. It is very important to understand the dynamics of how the varieties of HP operate. Both health and armor don't necessarily regenerate unless of course you are a certain type of support class.

The good thing is that shields do regenerate so you might want to keep this in mind when picking out a character. Of course, not all players are sensitive with HP and shield life but for those that are, maybe characters like Zarya would work best.

Take into account Zenyatta, who obviously floats, uses a different sound effect for the character's footsteps.

This is easily one of the hardest parts for new players. Due to the fixed turrets, defeating him can be quite hard.

One of the best ways to fight the Bastion is to corner-peak him. For example, use Widowmaker and aim directly at the exposed edges of the shield. This should be done in a sneaky way not allowing the Bastion to see you and even return fire. This should be a fast kill so when you got the spot, give it all you got!

Every single Overwatch hero uses Ultimate attacks as a tool. The best way to time Ultimate attacks is to constantly hit the tab every once in a while to check out your stats. Under every single player on the team, there's actually space for a little tick mark. If you see your tick, your Ultimate attack is finally ready to go!

Also, use the quickchat option to make sure to let your team know that you are charged as well and just waiting for the cue.

This one is specifically for Torbjorn. Make use of the character's "armor pack" ability in order to play him as an effective frontline defense. Another good thing about Torbjorn's turrets is that they can actually swallow up health packs so try to stack one on top of the frequently-used medkit.

Although the turrets won't really have the best view of the battlefield, you'll be able to get a decent amount of kills from those low-health enemies pitifully looking around for an available medkit. Whenever fired on, the turret actually uses the medkits to heal!

Read Also: Overwatch: Doomfist Is Not The New Hero All Along

These SEO Mistakes Will Ruin Your Ranking