The US Navy's vision and mission scope for its new frigate naval ships are aiming to be capable of many things. Examples of those capabilities include destroying swarms of small boats when they attack, operating drones that operate in the sky and sea, and supporting carrier strike groups of carrier strikes.

It's also capable of conducting subdivided operations, attacking their enemies located over the horizon with missiles, and engaging in warfare against surface targets and submarines.

The intended plans for the warship are being developed at a steady speed. It follows the recent ship development award that the US Navy awarded to the Marinette Marine Corp. for 10 Guided Missile Frigates.

The ship's concepts show that it will include a well-armed advanced frigate naval ship with a plethora of high-tech weaponry, over-the-horizon missiles, space armor, and a more robust reinforced hull. 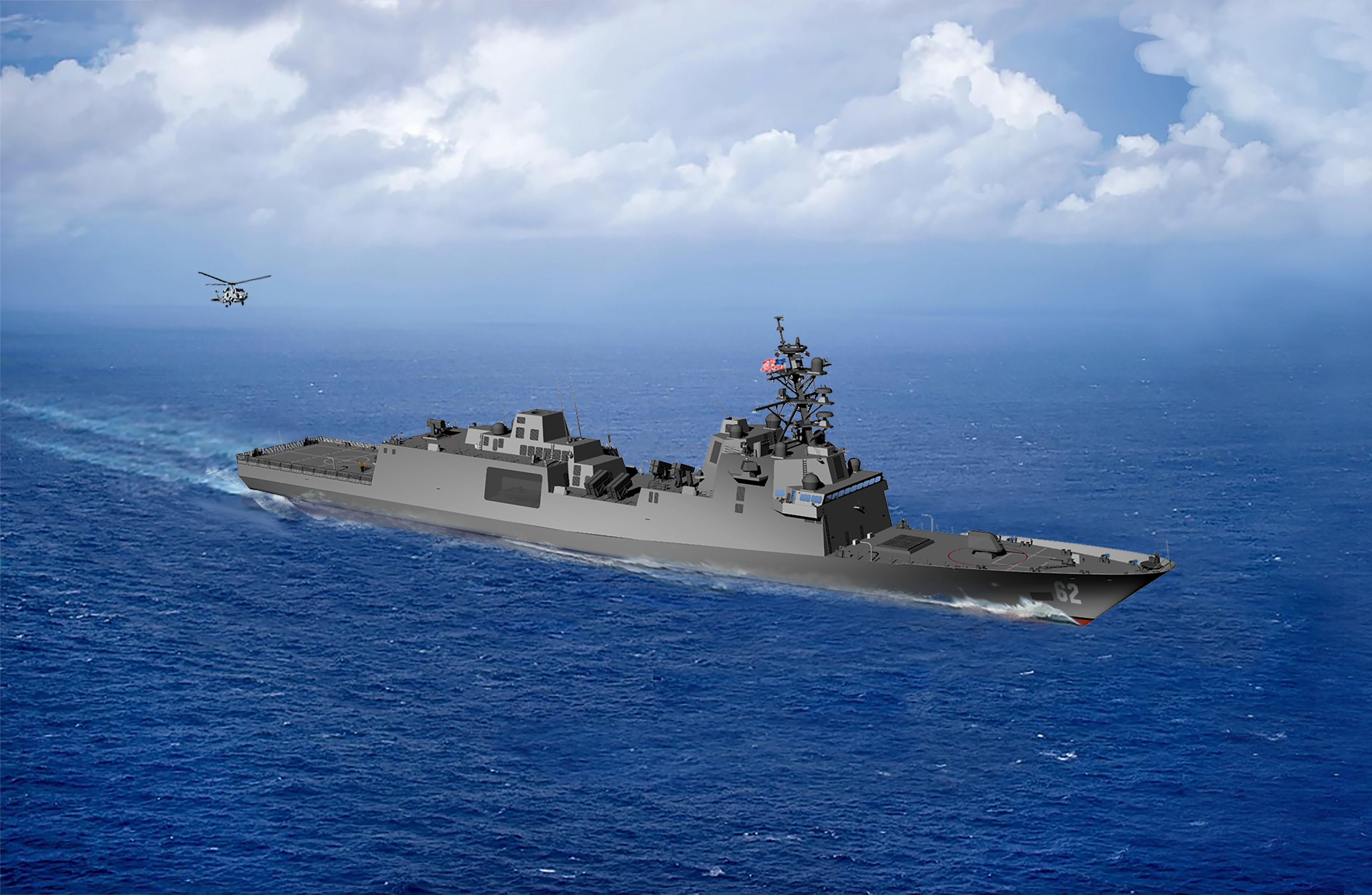 A Worthy Upgrade To The Littoral Combat Ship

Officials from the US Navy confirmed that the ship's design is being made to be a successor to the Littoral Combat Ship. A significant upgrade that includes the broadening of its scope in combat will consist of AEGIS radar systems, more options for major missile attacks with the Mk 41 Vertical Launch Systems, and much more additional anti-air defenses.

After numerous years of deliberation and debate about the new vessel's technology and weaponry, they have finally come up with the specifics of what they'll be implementing.

A report from the US Navy shows that service officials identified that the missions they intend the warship to go on and the weapons they're going to apply to the ship. The initially identified specifications include a Mk 57 Gun Weapon systems, a Baseline Ten AEGIS Combat System, a Mk 41 Vertical Launch System, and an Enterprise Air Surveillance Radar along with many more.

The baseline configuration is engineered to have the technical foundation needed to add electronics, computer technology, information warfare systems, and new weapons as they emerge.

The US Navy said it would be like having countermeasures and better capability when it comes to electronic warfare and information operations. At the same time, the design is flexible enough to grow in the future.

When the concept was initially conceived, they didn't decide that the ship would have a Vertical Launch System. But it was clear that the service realized their need for more substantial weaponry and technology for the new naval frigate ship.

They wanted to keep up with the increased lethal power and the Distributed Maritime Operations strategic approach, which they needed to have a surface fleet aggressively armed to handle major warfare while traversing the waters.

According to US Navy officials, the ship will have a crew of a maximum of 200 sailors crewing the naval frigate ship. They are planning a follow-on deal in 2026.

Read Also: China's Aircraft Carrier and Warship Strike Threaten Taiwan While The USS Roosevelt Stays Crippled Due to the Coronavirus

Is This Warship The Future Of US Navy Ships?

With all the powerful equipment and technology implemented into the warship, it would cost a drastic amount of money. This cost might make the US Navy hesitate to send the ship anywhere too dangerous.

It seems as if this ship is being turned into a jack of all trades, but master of none. This new warship will hopefully not be the future of US Navy ships.

If this naval frigate ship is the future of US Navy frigate ships, then that means the Navy has enough funding to handle the maintenance of these types of warships.