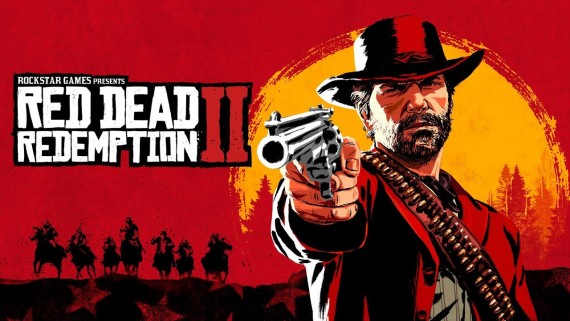 There are two types of video games that we play. The casual games we play to pass the time, and the excellent games we will always remember.

Red Dead Redemption is a game that many gamers will never forget. According to an anonymous leak, this unforgettable game will most likely receive the remake treatment for the PlayStation 5 and Xbox Series X.

The leak came from an anonymous source, coming from a 4chan post. This leak coming from 4chan means that we can't verify it, and it's probably a fake leak.

But let's say that it is a real leak, so let's dive deeper into this leak and see what we could be getting from this Red Dead Redemption remake. This remake would be a truly exceptional title to bring to the next generation of consoles.

What Was Leaked About The Red Dead Redemption Remake?

It won't be a cheaply put-together remake that's bundled with DLC to fill it up. However, the leak also says that the Undead Nightmare expansion will be included with the remake.

John Marston, the protagonist of the original Red Dead Redemption, is staying in the remake of the game as there is no reason to replace something that made the game what it is. It's a remake, not a complete makeover.

It has been ten whole years since Red Dead Redemption was released back in 2010. A good old trip down memory lane is something that a gamer would love.

There's no sign of the sixth mainline installment of the Grand Theft Auto series, Grand Theft Auto 6. But with the potential that the PlayStation 5 and Xbox Series X has, this classic Western video game will surely have a fresh look at it.

Most of Red Dead Redemption's appeal comes from the fantasy of being a genuine cowboy in a Western setting. You can ride a horse, set a campfire, hunt animals, enjoy the views, visit saloons, and shoot bad guys.

This Western shooter game does a fantastic job of recreating the authentic cowboy experience and immersing you in the world. If you don't appreciate the Wild West setting, then you might think the game doesn't deserve a remake.

The game's plot has a slow start, but its story is one of the most excellent a video game has had to offer. All of the characters are developed wonderfully. The writing of the game is impressive enough that minor characters will make an impact. The character Herbert Moon is one minor character that many people know.

Gunplay in Red Dead Redemption is praised highly by many fans, and the game's design allows for manual aim if that's what you're into in regards to aiming.

The sound design and physics of the game were crafted so finely that it's exceptional. You can shoot people's hats off.

These are the reasons why Red Dead Redemption should get a remake. If it gets remade well enough, all of these reasons will be significantly amplified. It will be the rebirth of a masterpiece.

Microsoft Boss Reveals Xbox Series X Will Focus On Improving Immersion Instead Of Visuals: Here's Why

The Xbox Series X is coming out this holiday season and it seems that Xbox is going to focus on immersion more than visuals this time around. But what is reason behind it?

Who doesn't love playing in a post-apocalyptic world? The Last of Us. Dying Light. Resident Evil. World War Z. And probably a bunch of other zombie games that go way back.