90 Day Fiance's Larissa Lima Furious After Barely Getting Any Screen Time On Latest Episode: Here's How She Retaliates

If you're a fan of 90 Day Fiance: Happily Ever After?, then when you watched the latest recap, you would have noticed that Larissa Lima got little to no screen time. Larissa herself noticed, and she has let her fans know that she's furious at her lack of screen time. 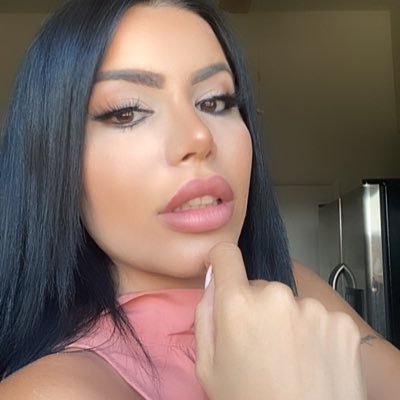 In this week's episode, Larissa was on screen for only a couple of minutes. When she was on screen, she joked about wanting to become a stripper.

However, Larissa's ex-husband Colt Johnson was the focus of the episode as his girlfriend Jess Caroline started noticing a few of Colt's numerous red flags.

Larissa shared her less-than-happy thoughts on Instagram. She told her many followers that she was going to cancel her cable.

Then, Larissa explained what happened that made her feel like she was betrayed. She expressed that she was shocked that she only got as little as 4 minutes of screen time on the latest episode of 90 Day Fiance.

Whenever Larissa was in a season, she brought plenty of viewers to the show. That's why she felt betrayed having only four minutes of screen time.

It was an outrage for Larissa. She was disappointed that she went through so much filming only to have a minimal four minutes of screen time.

However, if you think she's being dramatic, you should know that each episode lasts 100 minutes. Four minutes is only 4% of the whole episode.

It does seem like they did it on purpose, especially if you look at how much screen time was dedicated to Colt.

Fans have pointed out to Larissa that the show sometimes skips a few stories in some episodes. They suggested that there would be more screen time given to Larissa in the next episode.

Larissa changed her stance on the situation once she received a preview of the show's next episode. She admitted she overreacted over the situation and that she spoke way too soon.

As a joke, Larissa mentioned that she couldn't believe she was that impulsive. Many know her to be passionate and expressive, so it might not be a joke.

Larissa stated that she was happy with what the next episode will show, which she hinted will show viewers her life journey. She says that she can only show people her life story via the show since she's under a contract. Larissa thanked everyone who understands everything about the situation.

After everything she said about her overreaction, she explained how her non-disclosure agreement stops her from talking about most of the things she wants to talk about. Her NDA is the reason she isn't posting or sharing much on social media.

Larissa isn't allowed to spoil information that hasn't been shown in the show since it's still airing. Fortunately, it seems we'll see a lot more of Larissa's life story after the season is finished airing. She has stated that she'll share everything on her YouTube channel when it's all over, but for now, she has to stay silent.

'90 Day Fiance' Updates: Anfisa Tells Truth About Relationship With Jorge; Danielle Gets A New Man But Won't Let Mohamed Get Away

Anfisa Arkhipchenko defends the truth behind the story of "90 Day Fiance" saying they never used the show to get a green card as stars who enter the series are already a couple. Meanwhile, Danielle Mullins finally finds out where ex-husband Mohamed Jbali lives, and she won't be giving any considerations this time as she pushes with the annulment and to have the latter deported.

Katie Cassidy Is Back In 'Arrow' Season 6 As Black Siren

Katie Cassidy, who exited the CW series Arrow after meeting her grievous fate in Season 4 as Laurel Lance, is re-appearing as Earth-2 Laurel’s doppelgänger Black Siren.

Maddie Ziegler is celebrating the extraordinary news that at an early age of 14 she has been able to land on The New York Times Best Seller list.

Mohamed Jbali shared on his Facebook page the fabricated scenes that "90 Day Fiance" planned on his divorce. The reality star is finally free from ex-wife Danielle Mulllins and is now planning to leave for Canada where he plans to go to school.

The Big Bang Theory Gets Renewed For Another Two Seasons

Danielle Mullins is reportedly the one who destroyed her marriage with her husband, Mohamed Jbali. Rumors have it that she cheated on Mohamed as she dated two men at the same time while still married.