Are Mac’s Good For Gaming? 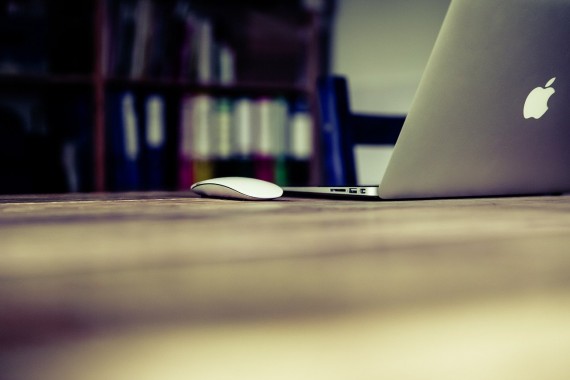 When it comes to gaming, the gaming community are pretty adamant that you either game on a console, or on a PC. When we talk about PC, we're referring to systems that run on Windows or Linux rather than the OSX platform. You can't say that Mac's haven't come along way in the last 5 or so years, but does that mean they are ready to take on the challenge of gaming? Read on to find out more.

Why Do Gamers Chose Windows To Game?

When it comes to game optimisation, almost all developers will optimise their games for windows pc's. This means that on a pc you get far smoother game play than you would on a mac that has a similar specification. You also have a huge back catalogue of games to choose from as windows has been the established platform for gaming PC's pretty much since its inception. If you are only wanting to play new release games, more are now being optimised for OSX, but not at the rate that some people would like, before you settle on a new pc make sure you research about which ones will be good for you.

When you buy a Mac, even the base levels are expensive and the more you go up these levels, the more expensive it becomes. Whilst you can upgrade certain components of the hardware, you will never have the same options as you do a windows PC. Windows offer their customers are far more modular system that can be easily upgraded depending on what your system needs. This is where the mac is let down, you can't upgrade as simply or as easily as you can a windows pc, so if the game is lagging in a certain area, there is little you can do about it.

When it comes to gaming PC's, GPU's or graphics processing units are integral to game function. When you get a windows gaming laptop, even at the lower end of the price, you get a pretty decent GPU, which can easily be upgraded with very little effort. This is in total contrast to a Mac. Mac's are excellent at software optimisation rather than focusing on exceptional hardware, but for gaming you need a mixture of the two. You are also unable to upgrade the GPU to anything reasonable in a Mac configuration, so even if you did have the money to upgrade these core components, you won't be able to due to how the laptops and desktops have been built and designed.

If you have never used a MacBook, you won't know that they don't have cooling fans. Whilst this makes the laptops look amazing and sleek, this doesn't help when you are needing to use it for process heavy activities, such as gaming. Laptops and desktops that have been purpose built for gaming are exceptionally well cooled, with additional fans being added anywhere where there is a potential for a component to overheat. You'll find that if you try and game on a Mac, it may over heat rapidly, normally this wouldn't be a problem, but due to the design on Mac's it is very difficult to get them to cool down.

Will Macs Ever Be Good For Gaming?

You can never say never, and Apple are starting to make some real moves in the gaming world. More and more games are being optimised for the OSX platform and they are now including hardware from intel, so that they can start giving windows a run for their money. But as we have said, there technology isn't there yet, so don't sell off your PC in the hope that the Mac you buy will be able to handle it, because in its current condition, it won't be able to. Give it a few more years of R&D and development, and then maybe apple will be a force to be reckoned with.

When it comes to gaming laptops, Windows are tried, tested and loved for good reason. Their gaming PC's provide their users with superior software and hardware for gaming, as well as an expansive back catalogue. Mac's don't currently have the capacity to be able to handle games in the same manner as windows, and they also don't have the back catalogue that gamers love. Whilst Apple are starting to get on the gaming bandwagon, they are a long way off from achieving this ambition, so don't throw away your windows gaming PC just yet.