How Is Tech Changing Rap? 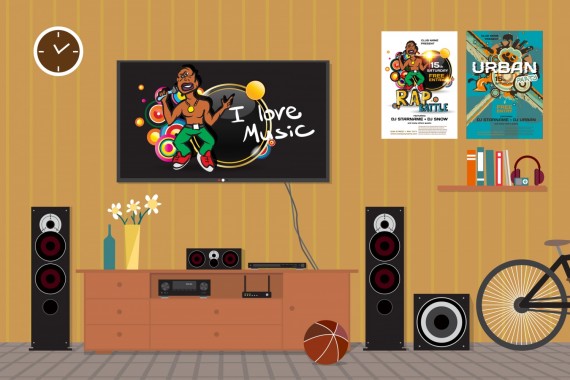 Technology is changing quickly. Some people might be surprised to hear that hip-hop music was actually brought to life with a significant amount of assistance from technology. Even though technology has played a major role in the growth of hip hop and rap music, some people in the industry are actually resistant to the role that technology has played. People do not need to look further than the Sugarhill Gang, which was the first group to release a hip hop record. This speaks clearly to an aversion toward technology. During the past few years, vinyl has given way to the growth of not only cassette tapes but CDs and MP3 recordings. Now, more than a decade into the digital, cloud-based streaming has given rise to a completely new genre of artists. When this is combined with the growth of social media, the influences of technology, such as Rap TV, on rap are clear.

The reality is that technology has had a tremendous impact on the growth of rap music. Specifically, the biggest changes occur in the way that artists are discovered. For example, in the past, artists would have to perform in small clubs until they noticed by a talent scout. Then, they would land a large recording contract. Today, there is a completely different route that people are taking when it comes to being discovered in the world of rap. Technology has allowed up-and-coming rap artists to leverage social media accounts to get noticed. This includes posting videos on TikTok, Snapchat, YouTube, and more. Eventually, these videos go viral and these artists get discovered. This is expediting the amount of time it takes for an artist to gather a tremendous amount of attention. As a result, some of the top artists in the world today are actually teenagers.

This is just one of the ways that technology is changing the world of rap music. Tech is also influencing how artists get paid. In the past, artists were paid for live performances and album sales. Today, most people do not buy albums. While rap performers still have the opportunity to make money using live performances, cleaning services have changed the way contracts are structured. This is influencing the ability of artists to support themselves, forcing them to adapt.

These are a few of the many ways that tech is influencing the world of rap music. It will be interesting to see where the world goes from here. Without a doubt, rap is still an incredibly popular genre and will lead the way going forward.