Epic Games has brought Fortnite's first mode Save the World out of early access and they're slowing down its development. It comes as a shock to the mode's fans, especially on Reddit, and it has garnered negative reactions to the news. 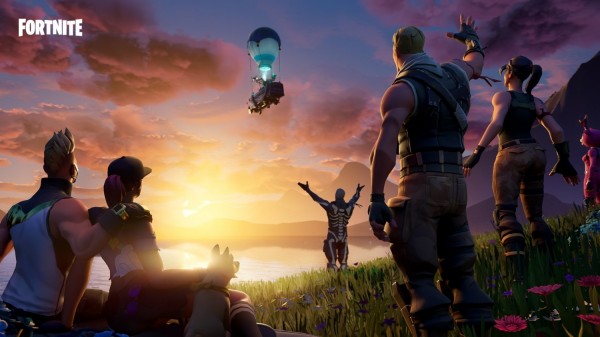 The gist of it is that they're putting the mode in its maintenance phase, where all they do is fix bugs when they pop up. Hopefully, this means they'll be improving the Battle Royale mode further, but Save the World's fans have been left in the mud.

Here is what Epic Games said and what it means for the Save the World mode.

What's Happening To Fortnite Save The World

Epic Games stated that for the foreseeable future, Save the World won't be working on support for any cosmetics that are yet to be released in the Fortnite Battle Royale mode.

However, they said that all the cosmetics that you have that are from Battle Royale will still function in both of the modes. They will make future updates on their site about when they will be implementing that change.

Earning V-Bucks in Save the World became a large part of the community since a majority of the mode's players played solely for the V-Bucks to use in Battle Royale. There was a time where there were YouTubers that focused on informing others on how you could farm V-Bucks every day.

Now that the V-Bucks have been made useless, Epic Games has cut off a large chunk of the already fragmented player base.

Save The World Is Getting Something New For The Final Time?

Epic Games announced something new for Save the World, which are the Ventures. They are a new kind of quest that lasts an entire season and they'll take place in a seasonal zone that will have fresh and exciting modifiers to fight against. Each seasonal Venture will show a path of continuous progression and they'll have new seasonal levels for players to climb.

A quick summary of Ventures is that they're basically the same as playing normally but now the Husks are more challenging and the rewards you earn are materials you use to upgrade your guns. This seems like it will get stale for players after they try a few Ventures since it's essentially the same game but more difficult.

There won't be any new events or any new surprises. They will be adding new heroes and guns, but that's all. It seems like this was planned for a long time since they've had enough time to do something unique or fresh. Almost a year has passed since the last Save the World event, which was a buffed up Storm King.

The Save the World developers had a lot of time to create a new event, but since before Twine Peaks was canceled, the Battle Royale mode has gone through extensive changes to its maps.

Epic Games has claimed that Save the World's main story has been finished, but they say that players still have adventures to go on. This statement has left a bitter taste in most fans' mouths as they have been waiting for a continuation of the story for a long time.

If you haven't tried the Battle Royale mode, you should try it if you can. It's not the same as the Save the World mode at all, but give it a shot and you might like it.

Read More: Guide to Playing Ninjala: How to Drop Gumchi, Use Gum Dash, Drones and Other Tips To Easily Win Against Your Foes!