If you are a fan of the Persona franchise, then you must have heard that the English dub will finally be released in 2 and a half months. The series will release as a blu-ray set on September 29, 2020.

But in order to enjoy the English dubbed version of this game adaptation, you would need to save up at least $300.

If you're wondering why, it's probably because you'll also find an 12 illustration card set and a lot of bonus content such as commercials, trailers, and textless versions of the opening and ending themes. Person 5: The Animation will consist of 26 episodes plus 2 specials. 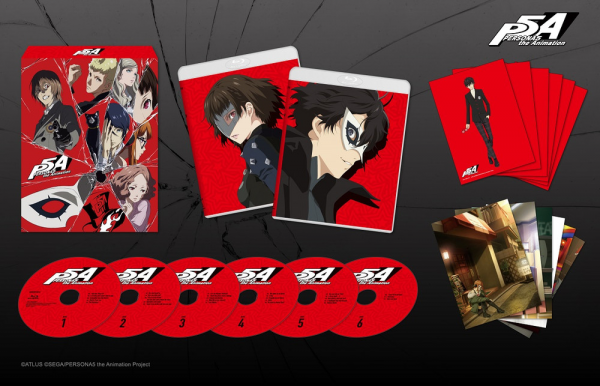 Persona 5: The Animation will be produced by Aniplex of America and will be available to stream on Hulu, Crunchyroll, and AnimeLab according to COG Connected.

For those who are interested to embark on the Phantom Thieves journey, Aniplex provides the official description of the series.

"Ren Amamiya is about to enter his second year of high school after transferring to Shujin Academy in Tokyo. A strange incident triggers the awakening of his Persona, and alongside his friends, he forms the "Phantom Thieves of Hearts" to change the hearts of corrupt adults by stealing the source of their distorted desires. Meanwhile, cases of psychotic breakdowns have been popping up one after another... Living their ordinary high school lives in Tokyo during the day, the group stalks the bustling metropolis of Tokyo as the Phantom Thieves by night."

The story is fairly similar to that of the game, so you don't have to worry about missing important plot details.

Read Also: Here's Everything To Know About The Persona 5 Copyright Controversy

Fans of the franchise are not only looking forward to the Blu-Ray release 2 and a half months from now. It also seems like the cast members themselves cannot hold their excitement any longer as they take it to social media. Here are some of their tweets by Xander, Cassandra, and Cherami.

So... told you guys I had some fun news to share-Starting with this! Very excited to share this news. Huge thanks to YOU P5 Fans for showing up and supporting the series, @aniplexUSA for making this a reality and of course to @pcbproductions for being our leaders on this journey! https://t.co/UoUrCjWEmC — Cherami Leigh (@CheramiLeigh) July 5, 2020