With the latest Playstation exclusive of Ghost of Tsushima just days away now, players now have one more obstacle to face if they're planning on getting the digital version of the game--the Day One update patch.

Not to worry since this update is only 7.9 GB which brings the total size of the game to 58 GB, while EU players will have to deal with a larger update patch of 11 GB. This patch will consist of updates 1.01 and 1.02 which only indicate making fixes to localization issues and miscellaneous bugs according to a report from PSU.

The game went gold two weeks ago, meaning developer Sucker Punch Games officially put the finishing touches on the 1.00 version of the game. It was during this time that it was explained more about how weapon vendors and upgrades will work, and it's given us a cinematic look at the fall of Jin Sakai the samurai, and the rise of the ghost according to a report from Games Radar.

If you want to know more details about the game, you can check out the video below by Playstation Access.

After seeing what the Collector's Edition looks like as listed by Games Radar, it's already considered a must-have for players to get as it features Jin's Iconic Mask on a numbered stand.

Not only that, but you will also get a sashimono (war banner) which is around four-and-a-half feet long, and a traditional-style furoshiki (wrapping cloth).

Your game will come in a steel book case alongside a 48-page mini art book and the world of Ghost of Tsushima printed on cloth.

However, the best thing about pre-ordering the game is the in-game bonuses you get to own such as an avatar of the Ghost, a digital mini soundtrack featuring select songs from the game, the director's commentary, the Charm of Hachiman's Favor, a Samurai PS4 theme, and the Hero of Tsushima skin set.

Read Also: Death Stranding News: Kojima Game Not Going To Use Sucker Punch Engine? Will Be At PlayStation Experience 2016 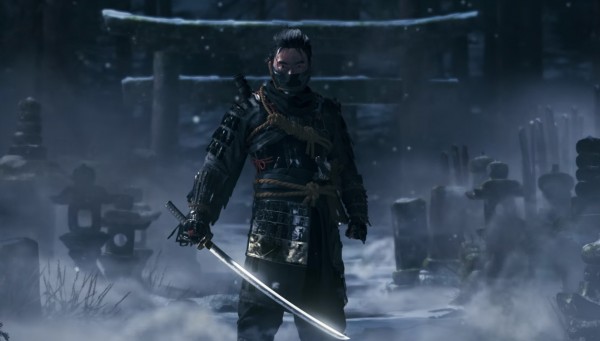 'Ghost of Tsushima' soundtrack gets a remix by Tycho, Tokimonsta, and The Glitch Mob

'Ghost of Tsushima' is Not Coming to PC--for now

Unfortunately, only Playstation users get to enjoy this game to the fullest. But who knows? Some Playstation-exclusive games such as Death Stranding and Horizon Dawn Zero are already making their way to PC faster than we expect. For now, we will just have to be content watching other people play it.

Read Also: Is the $149.99 Xbox Elite Wireless Controller Better Than the PS5 Controller?