"For the first time, players can create their own F1® team by creating a driver, then choosing a sponsor, an engine supplier, hiring a teammate, and competing as the 11th team on the grid. Build facilities, develop the team over time and drive to the top," says the game description from Codemasters.

Reviews of the game have been positive. Luke Reilly from IGN commended the F1 2020 as its most superb interpretation yet. However, before getting behind the wheel, you must first learn how to build your own F1 team by watching this walkthrough below.

Creating your Own F1 Team

"Every journey begins with a single step". That much is true. In this game, you're not just a driver whose goal is to cross the finish line first. You're also a team owner trying to build the organization from the ground up.

Before anything else, you have to select who's going to be your title sponsor, engine supplier, and teammate a starting tip from Real Sport 101. Take note that for the title sponsor, the higher the signing bonus is, the more requirements you'll have to accomplish.

Next would be the engine supplier which is tricky as you have to choose among big names like Renault. It's important to balance the cost of your engine with the signing on fee of your first teammate. For your teammate, the more experienced he is, the better as it will affect how many resource points they generate. 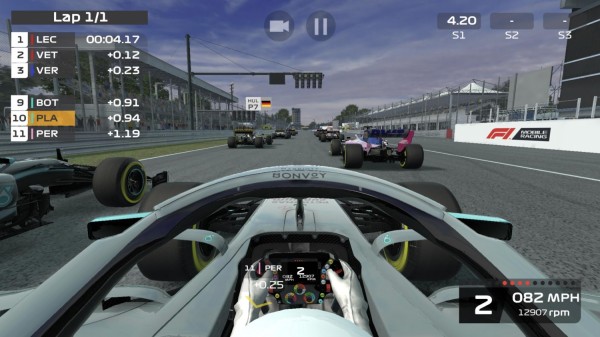 How are you expecting the car to feel out on the track?

This question will pop out after you've finished selecting the supplier, the engine, and your teammate. There are 4 possible answers to this question:

Be careful how you answer as this will have an early effect heading towards the game. Your answer to the question about which department you are most proud of will be especially significant. After that, there's the look and the logo of your team. Take your time in designing your team's colors as well.

"My Team is a feature that both the studio and our community have wanted for some time," said Lee Mather, Codemasters' F1 franchise game director noted in an interview from Formula 1. "My Team thrusts the player into the world of F1 with its unique driver-manager experience. We know our players are going to love this new feature."

Due to complaints that F1 has gotten boring and predictable, the car racing institution decides to change its long-held rules this year. New regulations ensure that race drivers are given more challenges rather than simply depend on super fast cars to win the race.

Michael Schumacher's health condition is not doing great for the past week. According to his representative, the legendary race car driver cannot walk.

The 18-year old's victory comes as a surprising winning moment in Formula One history.