In Japan, there has been a success that comes with building life-size statues of Gundam robots, which means that it would have been a matter of time before other countries had more life-size Gundam statues being constructed. 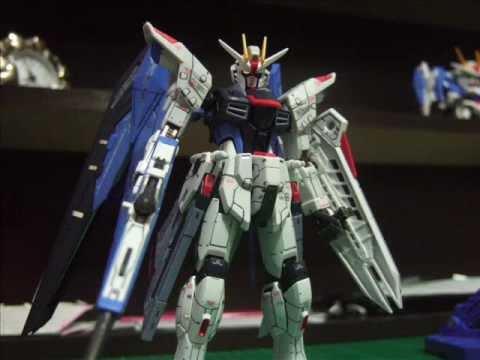 Freedom Gundam Is Coming To China

The first life-size Gundam statue that's going to be built outside of Japan will be made in China's city of Shanghai. This specific Gundam looks to be an excellent choice. The particular mobile suit built in Shanghai will be one from Mobile Suit Gundam SEED, the ZGMF-X10A Freedom Gundam. It will be put up for display next year.

In Tokyo, the subsequent life-size Gundam statues that were built have been around 59 feet tall, which is what the Freedom Gundam in Shanghai will be.

The design of the Freedom Gundam was thought up by the brilliant mecha designer of legendary status Kunio Okawara. The Freedom Gundam was an upgrade for the character Kira Yamato that he got in the middle of the season. This specific design is a favorite of Gundam fans in Japan as well as around the world.

The Freedom Gundam's popularity has led to it appearing in many video games since it was first seen. It has appeared in the Super Robot Wars series and the Gundam Versus games, along with many more games where it's been included. Also, there is a fantastic upcoming Metal Build toy released by Bandai Spirits in August.

Gundam Fans Are Excited For More

Many Gundam fans are excited for yet another life-size Gundam statue being built. Fans are excited to see that the Freedom Gundam was the one Bandai Namco decided to make since it's a popular one.

Here are what fans on Twitter have to say about the Freedom Gundam coming to Shanghai, China:

I am so hyped and excited for the THIS NEW STATUE ZGMF -X10A Freedom Gundam in LaLaport Mall in Jinqiao, Shanghai in 2021 next year I have watched the trailer for this so many y times… https://t.co/hyHiOSwUqB — Hanji Wartenburg (@HWartenburg) July 13, 2020

Man Shanghai is close to me. That will be less expensive trips for going to the Gundam Base and seeing that freedom gundam. — Maxpowerbutton/Selina183 (@MSelina183) July 11, 2020

I do love the irony. Also I'd like to say I'm a firm supporter of Gundam Seed and Gundam Seed Destiny. Loved them both. Equally. — Alex Patterson (@PinDin7) July 11, 2020

Read More: Will 'The Walking Dead' TV Show Continue After The End of The Comics?