If you have seen Jordan's Peele's debut movie 'Get Out' that was released in 2017, it tells the story of a young African-American by the name of Chris Washington who uncovers a terrible secret when he meets the family of his white girlfriend, Rose Armitage.

Further into the plot, Rose's family is filled with an unusual number of African-Americans which Chris will find out that they're not who they appear to be as they are the relatives of Rose wherein their consciousness has taken over the host body allowing them to "live forever" in a manner of speaking. 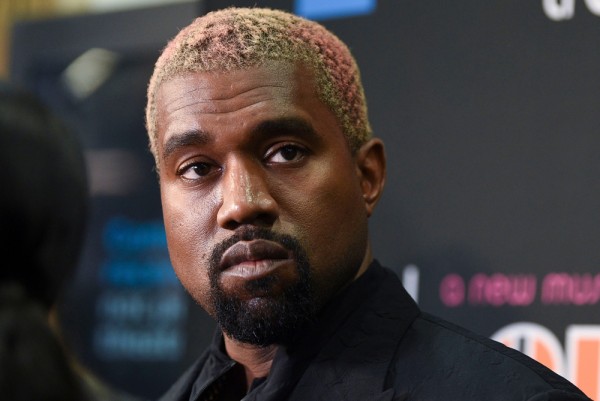 Former presidential candidate Kanye West said that this movie is a perfect way to describe his life as the rapper said that his wife Kim Kardashian West and his mother-in-law Kris Jenner tried to lock him up and wanted him to see a doctor after breaking down during a campaign speech at the Exquis Event Center in North Charleston, S.C. on Monday night, July 20.

"Even if my wife wants to divorce me after this speech, she brought North into the world even when I didn't want to. She stood up and she protected that child. You know who else protected a child? Forty-three years ago, who do you think protected a child?" he said while crying as noted by Edmund DeMarche from Fox News.

"If I get locked up like Mandela Ya'll will know why." said Kanye West before erasing all of his tweets related to the rant.

In a report from The Sun, Kim was "embarrassed" and "torn up" by her husband's speech and said that "doesn't know how much more she can take" of "public embarrassment" after he claimed that she also aborted their daughter North.

"Kanye's friends and family are concerned about him. They have seen this erratic behavior before and ultimately fear a breakdown," the insider told The Sun which was noted by news.com.au adding that the situations reflected in his speeches are fabricated and that, realistically, the Kardashian family knows he won't run for president.

Kanye To Focus On Music Now

After the rain, comes the sunshine. Kanye is now ready to focus on music once again saying that he will be releasing a new album named DONDA, in memory of his late mother who died in the wake of surgical complications in November of 2007 as noted by the Daily Mail.

The father-of-four - to North, seven, Saint, four, Chicago, two, and Psalm, 14 months, with wife Kim Kardashian, shared a list of tracks on tap for the upcoming recording which includes the following: Wash Us in the Blood, In God's Country, God's Country, New Body, Off The Grid and a track named in honor of his mom, donda.