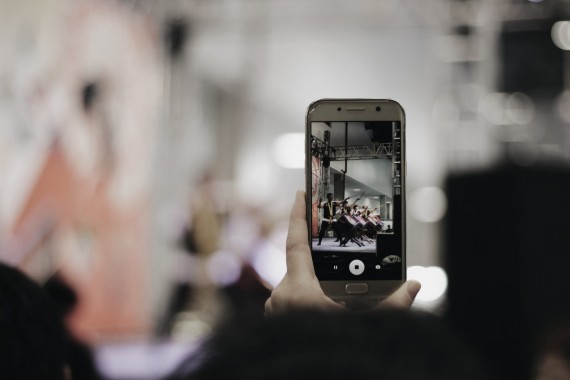 Under-display cameras aren't actually a thing yet. But companies like Xiaomi are already testing the pros and cons of using these on their upcoming devices. It's an exciting piece of tech to have but at this stage, we're a bit doubtful if these cameras would see the light of day anytime soon.

The problem with under-display cameras is that they need to see through the spaces between each pixel. This involves thinning out the display. And this won't really sit well with other design factors such as shock resistance and pressure sensitivity. There have been workarounds like decreasing the number of pixels on the area where the camera is located. However, this, in one way or another, might affect image quality. At this stage, it's either manufacturers choose a selfie camera that produces good images or a display that doesn't have any camera at first glance.

Are regular selfie cams not that okay?

When the first generation of feature phones and smartphones arrived, most of them came with front-facing cameras. Most only had a VGA resolution but hey, during that time, it was really a significant innovation. As the tech world slowly shifted into using a full-on touch display for your average smartphone, it set to conquer a new challenge. How can the bezels be made thin enough to get more screen real estate on your device? Remember when having a phone with a 6-inch screen was a rarity? You can get one but it'll be the size of a tablet. Back then, bezels made phones wider and larger-with the actual screen not being the main culprit.

Fast forward to the last three years or so, it's now common to see smartphones, whether those running iOS or Android, with thin bezels. And those bezels get thinner and thinner by the day. However, there's one problem. Where would you place your front camera, if your device doesn't have a bezel that's wide enough to hold one?

For years, many phone manufacturers worked around this by implementing different design approaches. Apple has the notch, while Samsung and Huawei decided to keep the upper bezel and put the camera and other sensors there. Soon, other brands followed suit. Then it went down to having just the small camera hole smacked "inside" of the screen or a teardrop-sized space for the camera on the phone's centermost part on top. Today, most bezel-less handheld devices have either three of these design approaches. And yes, we're talking about front cameras on the screen, not those that pop-out from the chassis. Those aren't counted since having motors alone could lead to faster wear and tear through daily use.

Read also: 5G in the US: Why is It Really Slow Compared to Other Countries?

But, uhm, where is it then? Sadly, the first and second generations weren't made available in the market. The teaser didn't show much but it gives quite an idea of how a phone with an under-display camera would look like. If you're itching to have one right away, worry not. According to ZTE, it will be releasing the world's first smartphone with an under-display camera. Dubbed the ZTE Axon 20 5G, it's set to be announced next week.

Xiaomi's rumored 108MP camera phone could see the light of day sometime in October of this year. All clues point to it possibly being a member of either the Redmi Note 10 series or even the Mi CC series.