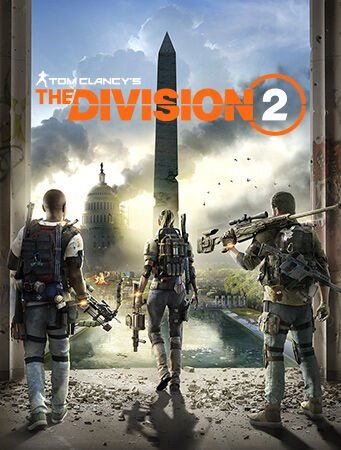 So, the division 2 game has been already out in the market. We have completely gone through the complete game including all the tips, tricks, and All you need to know about Division 2 Game.

We assumed that you are here because you are also looking to know everything about this game as well. This game is already out for all the gaming consoles like the Xbox One, PS4, and the best part is that it was launched for the PC on the very same day.

It is an online game that started gaining a huge fan base even before it got launched in the market. Now as it is in the market people are loving this game so much. No wonder it got so much popular in a very short span of time.

So you might also be very excited today as you are also going to start playing this game. Because as soon as you get All you need to know about division 2 boost Game you can't resist playing this game at all. Now, without wasting much time of yours, let's move further and check out everything about this amazing game.

All you need to know about Division 2 Game

Division 2 is an online game that gives you the most amazing experience of today's amazing graphics. You can play the game solo means all by yourself or you can create a team of 4 people to play this game as well.

The best part is that you not only have to story-driven campaign to engage but also in a robust endgame with new progression.

If you want to test your skills with other players, then congratulations because you can do it in the intense PVP activities, with three different dark zones and domination modes.

When it is about knowing the game, we should be aware of the size of the game as well. So specifically for Xbox One and PC, if you purchase the game on disc, then starting from installing the game. Then promoting to download and install the title update 1; it will require around 48 to 52 GB download.

But it may also vary a little bit depending on the region as well as the preferred language. Frankly, it is not going to matter whether you bought the game on disc or even if you bought it digitally. The final HDD installation size including the patch will remain the same i.e. 48 to 52 GB depending on the region and preferred language you want this game in.

But if we talk about the PS4, then it could be slightly different. So if you purchase the physical copy of the game then starting from the installation from the disc, provided you are online, your PS4 console will simultaneously download the title update 1 while it is in the installation process. So the expected download will be the same as 48-52 GB download for your title update 1 and the same as above it is depending on the region as well as your preferred language.

But, if you are thinking to purchase a digital copy of the game, then let me tell you that the expected size will be around 88-92 GB because now, you have to download both, the game as well as the title update 1. Basically, no matter if you install it from the disc or download it digitally. The final HDD install size for the PS4 is going to be between 88-92 GB itself.

As an addition, starting from March 11, you will also get promoted to download and install the title update 1.5; talking about the size, it is expected to be around 2 GB of additional download completely depending on your platform, region as well as your preferred language.

Well, the most important thing you should know is that playing the game is way too much more fun than just reading about it.

So this is All you need to know about Division 2 Game. Frankly, there are many more things to know, but knowing those things while playing the game is going to be a better way. Because we are not here to give you any spoilers at all.

It will ruin all your fun otherwise. So it is better now you give it a shot and try this game. Because once you start playing it, you can never get over it. Because it is one of the most ultimate games of all time.