Lordstown Motors has not yet debuted its Endurance electric pickup truck, but it would soon debut its latest variant which features "race-ready" specs to join the popular San Felipe 250 Race across Baja, California. The event would take place on April 17, 2021, which also means that the earliest iteration of the electric vehicle would also be released on the same date. 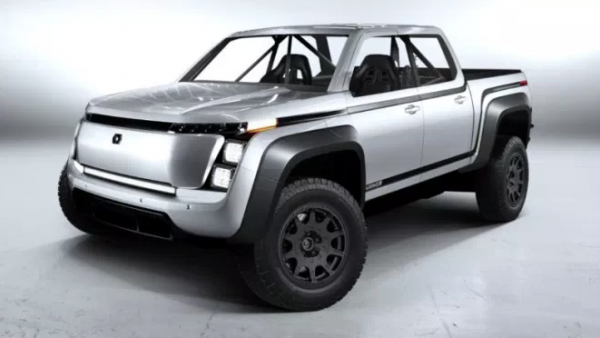 Electric Pickup trucks are taking over 2021, with companies--competing over its supremacy and prominence to replace the popular gas-powered one--pouring in this year (such as Rivian and Lordstown Motors). While Lordstown Motors are not yet expected to debut its electric pickup lineup until later this year, it would release a special lineup that is beefed up for the desert and race.

Initial speculations of electric pickup trucks have been degraded, as most enthusiasts say that it cannot perform the same features of the internal combustion engine trucks with massive V-6 engines, but these companies refuse to back down. Lordstown Motors may be a new name in the automotive industry, but it is a popular one, as it is backed by General Motors, which is also a competitor.

According to Lordstown Motor's recently released YouTube teaser, something new is coming this April 2021, and this electric pickup truck pre-dates the regular lineup of the company that is set for release in September. The company has named this truck to be the "Lordstown Motors San Felipe 250 Race Truck" and takes on the body of the Endurance.

The competition is mostly for gas-powered electric vehicles and has been a popular one for ages, with pickup truck enthusiasts focusing on the climbing power, speed, and durability of the vehicle. Performance is one thing in rock climbing and off-roading experiences, but durability is another significant factor in these competitions and meets.

While EVs are mostly considered and perceived as "lemon" or easily breakable vehicles in the industry, this is where Lordstown Motors would come in and change the perception among all EVs present. Lordstown Motors' Endurance EV may only be one, but it would surely give a better perspective on how electric pickup trucks are built to replicate the ICE ones--only with a battery for power.

One of the earliest competitions that the Lordstown Motors Endurance EV would participate in is not a competition that is meant for electric vehicles in nature, rather for ICEs. However, as the competition aims to test the functions and performance of a pickup in off-roading and 4x4 situations, the EV should be able to perform its boasted features.

According to Lordstown Motors, the Endurance Beta Skateboard EV would be debuting in the SCORE World Desert Championships of 2021 and would be competing in a 290-mile loop across San Felipe, Baja and Mexico. The company aims to prove its "robust" features on the competition, essentially showing the capabilities of an EV under tough situations.