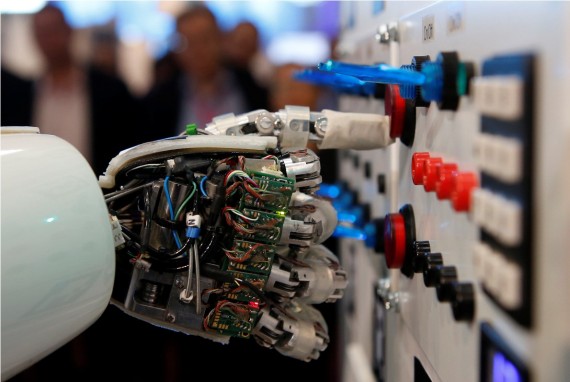 Artificial intelligence (AI) was just a few years ago a field distinguished not by its achievements but by its disappointments, rife with skepticism and starved for funding. Today, computers have the capability to learn, answer questions and build things. Some of the most renowned scientists and entrepreneurs from the AI community shared with Bloomberg what inspired them to focus on something that once seemed too unlikely.

Stanley Kubrick's 2001: A Space Odyssey movie had an impact on at least a couple of prominent researchers in the field of AI. For instance, the director of AI research at Facebook, Yann LeCun, remembers watching 2001: A Space Odyssey at the age of 10. He was amazed by the spacecraft's super-intelligent computer, HAL 9000. LeCun is particularly interested now on developing AI because he believes that it could lead researchers to a theory on how cognition works, whether digital or biological.

Christopher Bishop, Microsoft Chief Research Scientist, saw 2001 as a teenager, like LeCun. The supercomputer HAL 9000 made a similarly strong impression on him too. However, at that point Bishop decided to not go into AI because the field was not very creative in the 1980s. Programmed machines were the '80s version of AI. So Bishop pursued a Ph.D. in quantum field theory and worked on a project to design a new type of fusion reactor called a tokamak.

When computers became fast enough to run research programs in fusion power based on neural networks, Bishop became interested again in AI. Neural networks are now the basis for modern AI and Bishop is involved in a project to design an AI machine learning full-time. According to him a successful solution to recreate "the cognitive capabilities of the brain in an artificial system" will bring a revolution in mankind's knowledge, being "one of the most profound inventions of all time."

Yoshua Bengio spent his youth reading science fiction and programming computers. That mix led Bengio to daydream about creating intelligent machines. The University of Montreal computer science professor, along with Geoff Hinton from Google and LeCun from Facebook, kept researching deep learning during a time when AI was out of style.

The chief scientist at the Chinese search giant Baidu research division, Andrew Ng, started to learn programming at age 4. He was already developing computer games within just a couple of years. As Ng recalls, he was only six years old when he wrote a computer program for a number guessing game. Ng adds that as a child he was amazed that a computer could be made to play a game with just a few lines of software.

Matt Zeiler, who's first career option was to become a nanotechnologist, changed his path in his second year at the University of Toronto, when his adviser showed him a video of a flame flickering generated by a computer-vision system. Zeiler found it so interesting that he decided to get into this. Now, Zeiler is the CEO of Clarifai, a startup that analyzes images and videos with the aid of large-scale machine intelligence. Zeiler is working on programming self-teaching computers.

Babak Hodjat designed an AI program that went viral when he was still in college. The AI software asked people to input their demographic information such as gender, age and height to have their fortune read. Hodjat's AI system learned over time how to give certain outcomes to specific inputs. His fellow students are excited over the software, but to Hodjat it just seemed unimpressive and fairly simple. Today, Hodjat the chief scientist at Sentient Technologies, a company that designs massively distributed AI tools for applications in various industries.