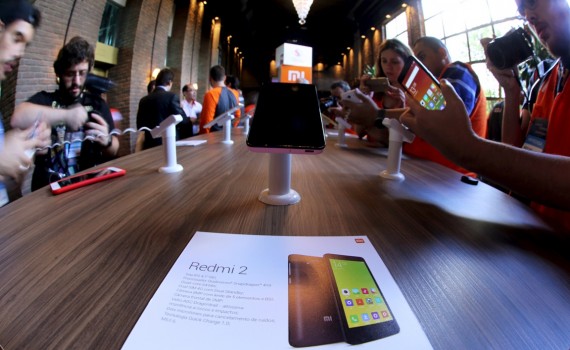 The Android operating system from Google has been a good thing from a consumer perspective. Google is a strong competitor that has been able to keep pace with Apple's iPhone. At times, it has stimulated battles between brands, at first competing on features and specifications, and now on price. Smartphone development has been driven forward by competition at a fast pace. Consumers are profiting from it now. However, it has its downsides as well.

In response to falling sales the former leading Android smartphone maker HTC has just announced cutting 15 percent of its workforce. That makes 2,300 people left without their jobs. Lenovo, an emerging force in the mobile market, is also announcing cutting off 3,200 jobs in its efforts to adjust to competitive pressures. Both HTC and Lenovo consider China a key market. However, neither of the two is achieving success against a group of strong competitors. As Lenovo CEO Yang Yuanqing expressed, these competitors are "playing irrationally."

To understand better Yuanqing words, just see the example of Xiaomi, which has introduced very recently the 799 yuan ($125) Redmi Note 2. The phone comes at a low price yet has the same screen size and resolution as the iPhone 6 Plus. Even more, it is powered by the same processor as HTC's One M9+.

The Redmi Note 2 features also an IR blaster, a microSD card slot, and phase-detection autofocus. The last features on the list are nothing more than the flagship tier feature introduced first in the Galaxy S5 and also present  now in the iPhone 6. Not bad to be able to get all that for just $125.

It's hard to tell whatever profit if any, Xiaomi is making. It certainly cannot be much. However, Xiaomi knows that thin margins for its smartphone will lead to major losses for its bigger competitors. Other brands will also have to deal with the extra costs of maintaining a global distribution and support network.

Lenovo is also a Chinese company, true. It is also well positioned to exploit the efficiencies of manufacturing and selling phones in the same geography. But simply it is not able to compete with an outfit like Xiaomi. And even as Xiaomi matures and takes on the costs associated with being an international brand, there will always be a constant supply of anonymous upstarts ready to take its place in price wars.

A recent study of Android manufacturers found that today there are around 1,300 distinct brands of Android phones on the market. This number is almost three times as many as in 2012.

It's hard to understand how can there be room for 1,300 different companies in the market where the biggest brands are constantly plagued by financial worries? The real answer to that is there isn't really place for all. Most of the Android manufacturers of today are unlikely to still be around tomorrow. That's why Lenovo's CEO describes these competitors as irrational. Some businesses are selling Android phones in China without any concern whether or not they will remain sustainable beyond the nearest of horizons.

If you think this situation is being unfavorable only for the manufacturers of Android phones, but awesome for us, the consumers, then you are wrong. Let's suppose you purchase the cheapest priced Android produced in China from a random brand. It may come usually with a replaceable battery. However, how and where could you get one when you need a spare? The phone may run the latest Android operation system version today, but who will ensure the update tomorrow?