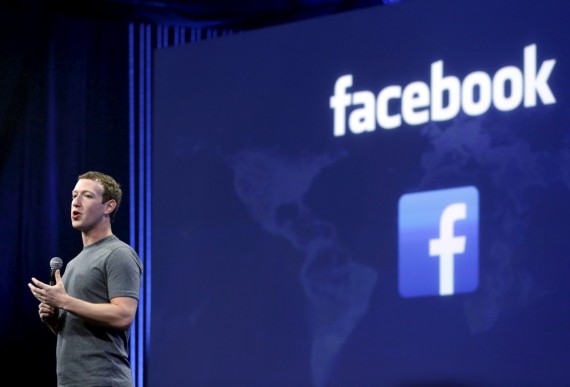 Facebook CEO believes that people nowadays have become more and more comfortable of sharing their thoughts and experiences to the 'world'. (Photo : Reuters/Robert Galbraith)

Facebook CEO Mark Zuckerberg shares his thoughts to the public as to how everyone can keep his or her privacy and integrity always intact. The tech executive has also revealed how he strives greatness for his not-so "unexpected" career -- having his then usual dorm project, now a multi-billion dollar company.

"People have really gotten comfortable not only sharing more information and of different kinds, but more openly... with more people," Zuckerberg told the crowd at a technology awards show. He stressed that our willingness to share information online directly has huge impacts on our lives -- putting ourselves at risks in various means.

As more and more netizens are fond of sharing their stories, whereabouts, life's events, as well as anything under the sun, they also expose themselves to higher risks. Though there's a huge advantage of having its billion-plus active users become active in the said platform, he didn't want people to abuse and compromise their privacy.

As CBC report stated, "Maybe that's lesson number one -- actions speak louder than words. It's one thing to say that privacy is dead, but when it comes to the way we live, our desire for downtime, and the instinct to protect the ones we love, we might say we're comfortable sharing everything -- but only if we have the option not to."

Facebook’s CEO said that the social media platform's famous motto, “Move Fast, Break Things” is actually not a good idea. “This wasn’t actually helping us move faster because having to slow down and fix these bugs was slowing us down more than we were actually improving our speed,” Zuckerberg said.

Today's most widely used social media network promotes the idea of encouraging people learn how to be less skeptical when it comes to revealing their "real identities" online. Remember, how certain and confident its CEO in saying this popular line: “Having two identities for yourself is an example of a lack of integrity.”

“Facebook was not originally created to be a company. It was built to accomplish a social mission -- to make the world more open and connected,” Zuckerberg emphasized on a statement.

Microsoft Research Reveals Prototype AR Glasses And It Looks Like This

The HoloLens is able to track the movements of its user’s head and position. It is also completely wireless and runs on battery power while projecting stereoscopic 3D images to each of the user's eyes.

Facebook adds new "Latest Conversations" feature to keep you updated and will show you posts from strangers.

Elon Musk Is Working On A Consensual Telepathy; Latest Details Inside

Elon Musk has confirmed that Neuralink is real and that he is serious about the technology. The firm will soon develop a “neural lace” technology that would involve implanting tiny brain electrodes.