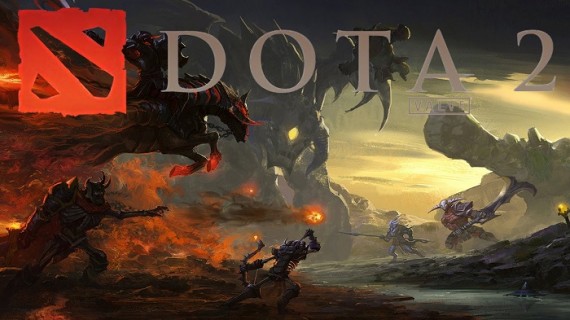 There are tips that can help "Dota 2" players increase their MMR. (Photo : dvsGamingChanel/YouTube)

"Ez," "Game is Hard" and "GGWP (good game, well played)," among others, are just some of the most popular phrases common in "Defense of the Ancients 2" (or commonly known as "Dota 2"). The game has been considered as one of the giants in the industry of today ever since the original. The free-to-play MOBA (multiplayer online battle arena) has stormed the market with much authority, acquiring over millions of players. With that, designer IceFrog and publisher Valve are certainly thankful.

For most "Dota 2" players (like you), climbing the MMR (match making rate) ladder is no easy task. Heck, even OG's Miracle -- the first player to reach 9k MMR -- had to go through a series of labyrinth before achieving such success. According to Red Bull, the first ranked system was at 6k. For normal players, it is a shot to the moon. So Miracle's is indeed, well, a miracle; though his skills should really be credited.

Well, if your "Dota 2" MMR is still at 1k or less, you definitely need some tips. Besides, you are tired of being called "noob" or "too ez." That is just completely unacceptable, right? Below are some tips on how you can actually climb your way up to the MMR ladder. Read on!

Do Not Party With Friends Who Play Bad In "Dota 2"

It holds true that playing "Dota 2" with friends can be a lot of fun. After all, it is what makes the game a lot more interesting. However, if it is your friends who keep you from gaining high MMR, then you probably want to think twice. That is simply because they sometimes pressure you to do things that you are not good at. Try to stop play with them, say, a week or so and see a significant increase in your match making rate.

At the end of the day, whether you like it or not, "Dota 2" is a team game. Every member needs you as you need them. If you want to boost your MMR -- be it solo or party -- start playing like what a team should be. If you play as a support hero, put some wards on the jungle or help carries win ganks. If it is carry you like, then do your best to farm hard and fast. Do this and you will even receive commends from your teammates.

You see, you do not really have to be a great support player in order to help win a "Dota 2" game. Sometimes, a little help right there and then is enough to bring your whole team on a notch higher than your opponent. For example, if you believe it is best to roam and give the lane to your carry, then do so. If you think you need to deward even on an earlier time, then do so as well. Remember: Behind a successful team is a good support.

Outsmart Your Enemies In "Dota 2"

Pub games in "Dota 2" are usually the same. You can easily predict the things that people do -- from the items to be built all the way to the lane they are going to. If you want to surpass them, then better outsmart them. If you notice an enemy hero not showing in your map, then locate him.

He is probably stacking in their jungle, trying to farm items. So, as much as possible, initiate a gank. If you are a carry having a hard time going solo, then ask a support to help you out. Sometimes, your brain just need to work in order to get the W.

Without a doubt, this is the most and important thing you must do in "Dota 2" as a whole. The key is to be that guy who encourages his team and never downplays anyone. Be that person who is positive and friendly. Imagine being that dude who always trash talks his teammate for not hitting a single arrow in three consecutive rows.

Do you think the other guy will still have the mood to play further? Obviously, no. Instead of magnifying his mistake, calling him "noob," better still, encourage him to do his best next time. And perhaps, at the end of the game (whether you win or not), you will get some commends.

Well, looks like you have everything you need to win battles in "Dota 2" and increase your MMR. Try them in your next game, or maybe in the 2016 Summer Battle Cup. See you at the top of the mountain, bro.

'Dota 2' The Manila Major: What To Expect, Preview

"The Manila Major" will commence on June 3. Here is everything to know about the upcoming "Dota 2" major.

Steam Killer Is Coming To The West; Should Valve Be Worried?

Famous Chinese video game platform, Tencent, is coming to the global market to take on Steam.