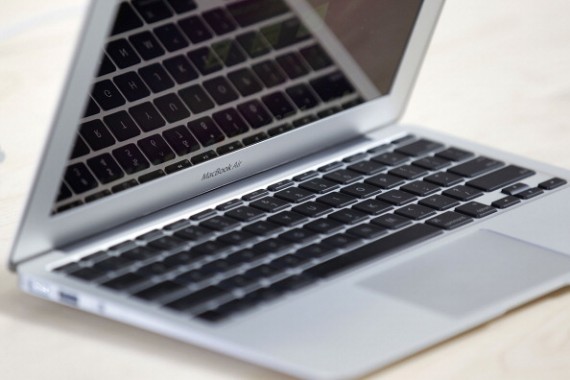 The upcoming release of the 2016 MacBook Pro - which is expected to be the lightest and thinnest Apple notebook - has raised the question about whether or not the MacBook Air is still necessary. (Photo : Brian Kersey/Getty Images)

The public is excited about the 2016 MacBook Pro, but its upcoming arrival is raising questions about the need for a MacBook Air. So while there is plenty of buzz surrounding the new notebook from Apple, the interest in one of its own is disintegrating.

Is There Still A Need For The MacBook Air?

According to MacWorld, Apple has considered dropping the Air line completely, based on the logic that the upcoming 2016 MacBook Pro will fill the need for a portable option. In addition, Apple has also started to market the iPad Pro as a notebook-alternative.

CEO Tim Cook has previously said that, "Yes, the iPad Pro is a replacement for a notebook or a desktop for many, many people. They will start using it and conclude they no longer need to use anything else, other than their phones."

The Benefits Of Discontinuing The MacBook Air

Discontinuing the line will lower costs for Apple. Theoretically, it will also streamline the focus of the company in terms of marketing its products. After all, there would not be a need for it to push such a portable device, when its premiere line already answers this niche.

The Disadvantages Of Discontinuing The MacBook Air

However, in terms of customer needs and preferences, having the MacBook Air in Apple's roster could still prove to be profitable. In addition, removing the line would be removing Apple's entry-level notebook.

What Is Apple's Plan?

Reports have been going back and forth about the continuation of the MacBook Air line, but Apple itself has not actually provided an official announcement on the future of the same. Logically, for the company, it would make sense not to keep manufacturing the product, Instead, it could sell out the stock it still has, without replenishing the same. However, Apple would then have to properly market its other products as a suitable replacement.

2016 MacBook Pro Will Not Get A Kaby Lake Processor Upgrade

There are plenty of features to look forward to in the upcoming 2016 MacBook Pro, but if the recently concluded IDF is anything to go by, it will not include the new Kaby Lake Processor.

iPad Pro 2 To Make 2016 MacBook Pro Obsolete Before It Even Hits The Market? Full Specs Comparison

Apple’s big plans for the iPad Pro 2 could backfire on the 2016 MacBook Pro's sales.

New MacBook Pro models keep coming every year. Though most of them look similar on the outside, they often have varying specs and features on the inside.

Optimize Your Workplace: Best Laptop Stands for Your Desk

Want to make your desk a better place? Buy yourself the best laptop stand now!