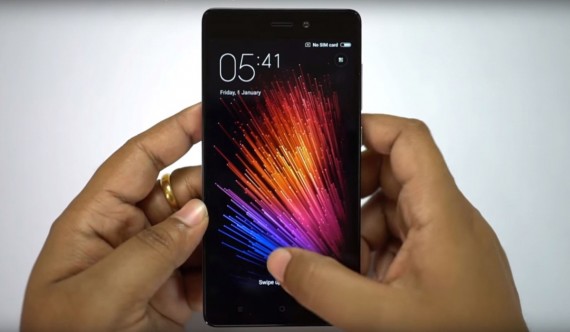 Does the Xiaomi Redmi 3S Prime hold up to the standards of smartphones today? (Photo : Gadgets Portal/YouTube )

The Chinese tech giant, Xiaomi, just launched its Redmi 3S Prime handset last August 2016. The 3S Prime, together with its sibling, the Xiaomi 3S, comes as a new generation of Xiaomi's Redmi series, which came after the ageing Redmi 2 and has been pretty prevalent, being widely considered as one of the best phones in its price bracket for quite some time now.

The two Redmi 3S variants' key differences are the greater RAM, storage, and a fingerprint sensor on the 3S Prime model. Both phones run on a Snapdragon 430 chip, which is among the first in the market with this certain chipset.

In terms of design, the Redmi 3S Prime looks nearly identical to Redmi Note 3, particularly in the front of the phone. The glass, which is scratch-resistant and has an oleophobic coating, is extending from edge to edge with a chrome-finished border toning the hue of the handset.

Above the display sits the traditional arrangement of the device's front camera, earpiece proximity sensor and the ambient light sensor while below are the three capacitive buttons for navigation which, unfortunately are not backlit. Below the home button sits a tiny RGB LED for notifications.

On the left side of the phone is the hybrid SIM tray that packs one micro SIM in slot 1 and one nano-SIM or microSD in slot 2. On the other side lies the volume and power buttons, which are both made of plastic.

On the bottom, you can find the microphone and micro-USB port for charging and data transfer. On the top of the phone are the headphone jack, an IR Blaster and another microphone.

The back of the phone is made up of metal, which feels well-built and plastic top and bottom bezels. At the upper part of the back of the phone sits the fingerprint sensor. In the uppermost left corner lies the camera and an LED flash. At the bottom-right embeds the speaker.

Redmi 3S Prime flaunts a 5.0-inch 1280 x 720 IPS LCD display which is pretty good for its price. The display calibration is a bit off and there is a distinct green color cast to it that is obvious when you shift to this phone after using other, more premium handsets.

Another thing that is really vexing is that Xiaomi permanently entrenched its Sunlight Display mode in the phone, unlike on other MIUI devices where it is optional. This Sunlight Display adjusts the display's contrast depending on the amount of ambient light and the image on phone's screen. If the image is dark and you are in bright light, it increases the shadows to make the screen more visible.

This feature is great when you are outdoors, especially when you under the sun, but by enabling it permanently, the display continually adjusts and changes colors even when you are already indoors, which can be very disrupting. Watching a video becomes annoying as well when the display changes color every time the shot changes. Doing photo editing is also hard because the screen adjusts to the image so you have no idea what you are looking at anymore.

The Xioami Redmi 3S Prime runs Android 6.0.1 Marshmallow topped by MIUI 7. MIUI in the 3S Prime is pretty much the same as on other devices. It is still one of the most feature-packed Android coatings out there and MIUI 8, which was just released recently, will build more upon it by announcing additional features such as dual apps, second space, enhanced caller ID, improved Gallery and scrolling screenshots. It also irons out some of the MIUI 7 peculiarities such as the skin's strange two-pane notification, bringing a more standard UI scheme.

Upgrading the 3S Prime to Android Nougat has no plan yet but according to Xiaomi Advices, the updates will be rolled out via OTA and they will include download links for flashing the update manually in their website.

This phone houses a huge non-removable 4100mAh battery inside its compact build plus a tuned chipset for efficiency, so users can expect an exceptional two-day battery life with this phone.

The phone can handle screen-on time upwards of ten hours at times, with standby times reaching around two days max, or a day and a half with heavy use. Those consumers who will buy this phone who use it primarily for calling, checking emails, and sending messages might even have three days of battery lifespan.

The Xiaomi Redmi 3S Prime packs 3 GB of RAM, 32 GB of storage and runs with a Qualcomm Snapdragon 430 octa-core Cortex-A53 CPU clocked at 1.4GHz and Adreno 505. It's a significant improvement over the Snapdragon 410 on the Redmi 2 and snapping at the heels of the Snapdragon 616.

It sets standards for other smartphones in the same price range, where it doesn't lag while multitasking, there are no noticeable frame rate drops while playing chipset-hungry games. Apps load quickly and the screen responds to touches without any problems. There is no heating up while charging the phone or talking on calls but it heats up a bit when using the camera app.

The fingerprint scanner on the Redmi 3S Prime works with wet fingers without failing to recognize fingerprints, which makes the performance and speed of fingerprint recognition very impressive.

The sound quality of the speaker at the back of the handset is impressive, too, except that the sound goes flat at the maximum volume with no stereo effect. Sound quality when using headphones is also satisfying. There are even plenty of tweaking options for music lovers found on the phone.

The cameras take sharp images with good amounts of detail. Well-lit indoor shots are also particularly impressive with no noise or lack of details in textures even when zoomed in. Low-light shots are slightly washed out but the HDR mode can somehow fix it. Locking of focus is never a problem on the device.

There is also an available time-lapse video feature in the device. Manual mode is also available. There are also 12 filters to choose from when users opt to add a filter to their photo or video.

The 5-megapixel front shooter can capture some decent selfies, too, and comes with 36 smart "beautification" profiles which can be used to improve photos.

Xiaomi Redmi 3S Prime is an entry-level smartphone by Xiaomi, selling at the range of not more than $250, while offering good specifications.

The phone feels premium in the hand while and offers a remarkable battery life which lasts more than a day, as well as processors which ensures that users don't face any lags.

The overall package looks smart and conveys a solid new competitor to the sub-$150 price band. What might entice consumers to consider this phone in the bucket list is that this phone doesn't have a large 5.5-inch display, and is consequently easy to use in daily activities.

Project Ara's latest development seemed to disappoint fans as its promise to modularize everything appeared to fail.

Just another day in the battlefield for game developers. Shots fired!

Xiaomi added a new entry-level handset to the popular Redmi series Redmi Note 5A. The affordable device shipping with a 16-megapixel front camera with a selfie flash.