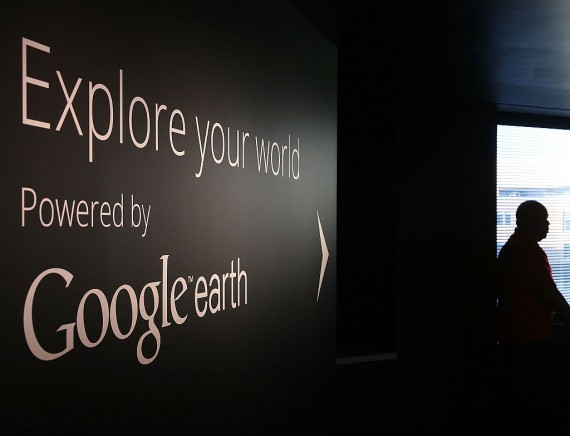 If you're a Mac user, you might want to disable Google Updater after reading this. (Photo : Mark Wilson/Getty Images)

Google Earth's development team nudged out an update for Mac users, but not for the Google Earth program. Rather, it was a plug-in that permitted Google Earth to work in browsers.

You don't remember installing Google Earth or its plugin? You're not alone! Many people have zero recollection, and yet the update was pushed to their machines.

Turns out, when you use a Google software installer for any of its OS X software, the company installs a background software update agent that runs constantly. Didn't realize that? That is a disclosure problem.

When software installs background processes, particularly ones that communicate back to a mothership for whatever reason, there should be a clear explanation of what it does and the option to opt out. Sadly, Google has disregarded this option.

To make things a little clearer:

Individuals thought it was shocking that they should be disabling the Google updater because it's also used for Chrome. Some people were seeing it every 15 minutes. Some would even click Cancel and it would still return several times. Google is not known for keeping secrets, and this is just solid proof.

Based on all of this, It's sensible that Google Chrome users would want to remove the automatic software installer until Google actually starts reaching towards the users affected by this and explains how the software works, including providing more disclosure and a method other via the command line to control its functions.

Mac users are looking for an explanation on why Google is trying to invade their privacy in a very secretive way. Still, there has been no response from the company.

Google is rumored to soon release the Google Pixel and Google Pixel XL smartphones, which will surely be a huge hit to the consumer market.

Google Expands Under Ocean Cables To Improve Connectivity In Asia

Google wanted to be the dominant worldwide web personality in the whole world, as it literally makes it a reality with the pursuance of its under ocean cable network that stretches from the United States to Japan and is furthered by the new extensions reaching Taiwan.

Mac Computers Aren’t Secure As We Thought, Ransomware Has Been A Creeping Problem

Mac users are being warned about new variants of malware that have been created specifically to target Apple computers.

The Android O Developer Preview 3 comes with a true incognito mode that prevents the keyboard from remembering keywords and making suggestions.

Visual Studio has been a Windows-only app until November last year when Microsoft released the first preview of Visual Studio for Mac. Interested developers can now get all of the core Visual Studio downloads for free from Microsoft.