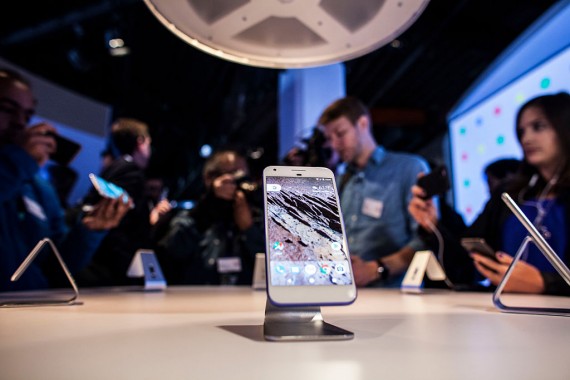 Google's new Pixel XL is a direct competitor to Samsung's Note 7 in the high-end market, coming with certain benefits, such as a more easy to use OS and a more powerful processor. However, despite its exploding battery issues, Samsung's device has many positives, such as a classy design, the S Pen and waterproofing.

According to Trusted Reviews, with its metal and glass case and its curved screen edges, Samsung's Note 7 is a beautifully crafted device. With the Gorilla Glass 5 protecting Note 7's screen, the phone is made drop proof. The slight curve added by Samsung to the back of its handset is making it more ergonomic and comfortable in the hand.

On the other side, Google's Pixel XL does not come with a design at Note 7's level. The new mobile device from Google looks almost similar to the HTC A9. The large bezels on the front are unconvincing and the overall look of the Pixel XL cannot compete with that of the Galaxy Note 7.

In terms of display, both the Pixel XL and Note 7 provide the same 1,440 x 2,560 (QHD) resolution, energy efficiency and inky blacks by using AMOLED technology for their displays. The only difference consists in the size of the two screens. While Samsung's handset comes with a larger 5.7-inch display, Google's device features just a 5.5-inch one.

Both Note 7 and Pixel XL come with top-end features and specs and are among the most capable handsets on the market. The Pixel XL First comes with Qualcomm's new Snapdragon 821 and is capable of running Google's new virtual-reality platform Daydream VR and will work with the new Daydream View VR headset. Samsung's Galaxy Note 7 is powered by an Exynos 8890 chip.

Both the Pixel and Note 7 come with 4 GB of RAM. In terms of storage, the Pixel XL provides a choice of either 32 GB or 128 GB, while the Samsung Galaxy Note 7 features 64 GB of storage as standard.

Unlike the Note 7, the Pixel XL does not provide a microSD card slot. Google's Pixel XL also lacks the ability to use a proprietary stylus, while Note 7 features an improved S-Pen

Note 7's 12-megapixel rear camera is one of the best on the market, providing the HDR feature when shooting in 1080p, as well as support for 4K video. Google's Pixel XL's 12-megapixel camera has a less wide f/2.0 aperture.

In terms of the battery, Note 7 comes with a slightly larger Li-ion 3,500 mAh battery. The Pixel XL features a Li-ion 3,450 mAh battery.

Both of these phones run an Android operating system. But Google's phone works on Android 7.0 Nougat, the latest Android OS version, while the Note 7 runs Android 6.0.1 Marshmallow.

The Nougat running on the Pixel is also capable of running Daydream VR. According to CNET, the Pixel XL also features the Assistant, a voice-controlled A.I. platform.

Rumors Claim That Google Will Not Launch Any Nexus 2016 Phone

According to rumors, it seems that Google will replace this year its Nexus line with the Pixel line of phones.

The reviews of the new Galaxy Note 7 show that this is a simpler, sleeker, better than ever Samsung smartphone.

After Samsung's recall of its flagship Galaxy Note 7 due to explosion risks, consumers are still left with some good smartphone alternatives to consider.