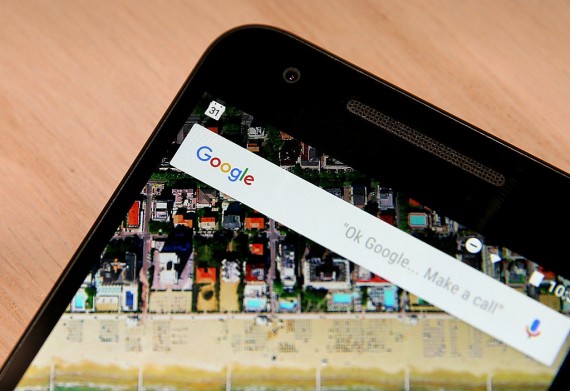 For owners of the Galaxy Note 7, refunding their money is not the hardest thing to do - finding the best handset to replace their handset is. At the moment, Google Pixel XL stands as the best alternative for the Samsung Galaxy Note 7. The only question is this: is the Pixel XL really the best Note 7 alternative?

In A Nutshell: Pixel XL Is Like A Lite Version Of The Galaxy Note 7

For users who wish to consider the near perfect specs of the Galaxy Note 7, there is no better contender than the Google Pixel XL. One of the strongest points of the Pixel XL compared to the Note 7 is that it is made by Google that means that it will be the first to receive Google updates in just about everything. This is not the first time that Google made their own phone. But, this is the first time that the company made a handset that is at par with Apple's premium hardware quality and even better internals to compete with smartphone giant, Samsung.

In terms of power, performance, processor and memory, the Google Pixel XL is almost similar with the Galaxy Note 7. Google made their Pixel phones with the thought of denting the market for Apple but they shared the market with Samsung instead. Google has the biggest possibility of reigning in Android market now that the Samsung Galaxy Note 7 is already out of the picture. So why exactly is Pixel the best smartphone alternative to the Note 7?

When the Samsung Galaxy Note 7 was launched, the handset carries the powerful Snapdragon 820, a quad-core chip from Qualcomm with two Kryo cores clocked at 2.15GHz and an Adreno 530 GPU. As expected, the Note 7 got an impressive high score in GFX bench tests and AnTuTu 6 benchmark.

But Google Pixel XL is equipped with the Snapdragon 821, the latest chipset from Qualcomm with similar Kryo cores as the Note 7 and the same clock speeds as well. The Pixel XL and Note 7 share the same powerful Andreno 530 GPU, too. Qualcomm declares that the 821 Snapdragon chipset has a 10 percent better capability than the 820 Snapdragon which makes the Pixel XL the winner for this round.

The Google Pixel XL's camera packs an impressive 12.3 megapixels and large sensors on the rear. The front camera captures sharp images as well thanks to its 8-megapixel sonsor. Google seemed to focus on making the camera of their new flagship and the effort paid off after it DxOmark gave the Pixel XL's camera a score of 89 and dubbed it the "best smartphone camera"

In comparison, the Galaxy Note 7 packs a great camera at 12 megapixels and is capable of dual video call and auto HDR. Still, not as impressive as the snappers found on the Pixel XL.

What The Pixel XL Lacks

Of course, the Samsung Galaxy Note 7 would not be the 'king' of Android smartphones for nothing. Replacing it with a Pixel XL, even if it happens to be Google's latest flagship, seems to be a downgrade with all of the Note 7's awesome hardware. The Pixel XL is not water-resistant so consumers have to keep it away from the bathroom or the pool. It does not have a curved screen so notifications are not as flashy, but this can be a minor detail for some. There is no such thing as a "Google Pen" to replace the Note 7's S Pen. Making screen drawings on the Pixel XL is not just on the works. The Pixel XL is also sans heart rate scanner and the very cool iris scanner. Most of all, the Pixel do not have the technology to allow wireless charging that the Samsung Galaxy Note 7 had.

As a Google phone, the Pixel XL would be the very first Android phone to have a built-in Google Assistant. This would be a pretty cool feature for consumers who frequently use Google services like Gmail, Google Calendar, Google Maps and even the upcoming Google Home. Obviously, Pixel XL beats the Note 7 when it comes to powerful cameras. Besides, Google will ensure that Pixel XL users will get the first Android updates before anyone else with an Android smartphone will. For now, the Google Pixel XL is the only Android phone that will work with Daydream VR headset - a cool feature that can make users' smartphone experience even better.

Google Pixel may be a new flagship to hit the market and it has definitely gotten a lot of attention. But how will it compare to Asus new flagship that comes with the same Snapdragon 821 processor, the Asus Deluxe Special Edition ZenFone 3?

The Samsung Galaxy Note 7 is no more. Following incidents of recalled devices catching fire, Samsung finally decided this Tuesday to totally halt production of their new flagship device. Right now, Samsung faces the crisis of having its shares downhill and its reputation ruined.