The PlayStation VR Advantage: Games To Play + Features To Use 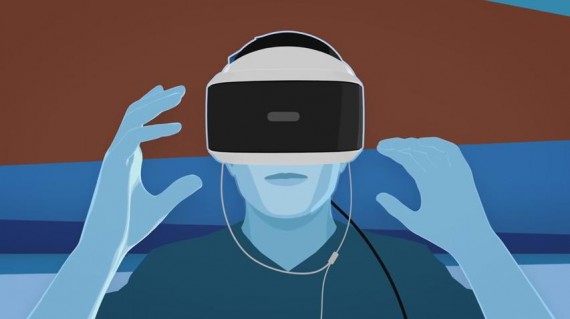 With the PlayStation VR slated for release to the market this week, it is only proper to know exactly what the device is capable of and what games will take advantage of this. (Photo : JeuxActu/YouTube)

The PlayStation VR headset is already being dubbed the best living room virtual reality setup, as it will supposedly blow away the Oculus Rift and HTC Vive out of the water in terms of both ease and power. Because of this, there has been a lot of hype on the device, which will be released to the market this week. As such, it is only right to know everything that is possible to know about the device.

According to PlayStation, the headset itself measures 187×185×277 mm and weighs a comfortable 610 grams. The headset connects via HDMI, AUX, and a stereo headphone jack. On the other hand, the processor measures 143×36×143 mm weighs 365 grams and connects via HDMI TV, HDMI PS4, USB, HDMI and AUX.

The PSVR headset sports an OLED display that is 5.7 inches long and provides 1920 x 1080 pixels resolution, or 960 x 1080 per eye. The field of view of the user is an ample 100 degrees and has a six-axis motion sensing system. Generally, the device relies on 3D audio processing for the Social Screen and Cinematic mode.

All in all, the purchase of a PlayStation VR includes the headset and the processor unit. For connectivity, Sony also provides the VR headset connection cable, an HDMI cable, a USB cable and stereo headphones. As a simple addition, an AC power cord and AC adaptor is also included.

One of the strongest selling points of the PSVR is that it relies on the PlayStation 4 and any of its successors for power, as opposed to a high-end computer like the Oculus Rift and HTC Vive. Another undoubtable feature is the US$399 price tag, which is far less than the current players in the market. Yet another is that the headset is the most comfortable on currently available.

The PlayStation VR is definitely nothing without its range of features and the games that can take advantage of these. The device, as PC Advisor notes, can track up 1000 times per second, which theoretically makes the experience far less nauseating. Furthermore, it allows a 360-degree look, which means that players can literally turn their heads to view whatever is behind them in virtual reality.

Essentially, however, it all boils down to the games that are currently available, because when the games are not worthwhile, the console is not either. Sony helps consumers on this front by providing a demo disc, which allows players to get a taste of a game before purchasing it. Nevertheless, there are certain titles that are a must as they are.

"Batman: Arkham VR" is one of those games. While any title within the franchise is sure to be a hit, being surrounded by Gotham is an entirely different experience. The game begins with players in the shoes of Bruce Wayne, as he relives his parents' murder.

"Rez Infinite" is another game that is sure to become popular in the VR world. Here, players will create their own synaesthetic wonderland, wherein every single action produces a range of color displays and sounds. Though there is no story involved, it provides players with an amazing audiovisual experience.

On the other hand, "RIGS: Mechanized Combat League" is an eSport. The game is team-based and players take the role of a shooter within an arena. In quick battles, players must take down heavily-armed athletic machines and other various opponents.

Google’s October 4 event might have been the warning sign for a relatively large shake up in different parts of the tech world - including the VR section, which would have otherwise been dominated by the PlayStation VR.

PlayStation VR: Sony Unveils Everything Included In The Box

The PlayStation VR is no stranger to the gaming industry. It has been put on display and demo at multiply tech events, but now Sony is revealing exactly what every purchase of the device comes with.

Sony Prepared To Take On Project Scorpio, According To Sales Head

Despite the looming release of Microsoft's Project Scorpio, Sony remains confident that its platform and games library will make it stay on top of the console wars.

The PlayStation VR has been a very amazing and impressively convenient product. Which is why Amazon has recently announced that it is going to be selling Sony's popular VR headset with a discount price for everyone's delight.

In the world of virtual reality, Sony has made it to the top as the company has just recently confirmed the sale of over 900,000 PlayStation VR headsets.