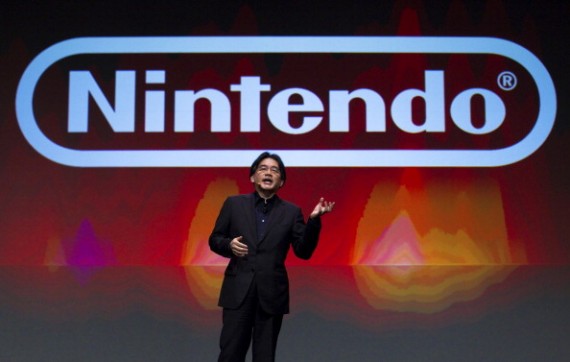 With the little there is to know about the Nintendo NX, there is plenty of room to speculate. Just how possible is it for the upcoming console to support virtual reality? (Photo : Kim White/Getty Images)

There is very little to know about the Nintendo NX. Even the most accepted theories on the upcoming console have not been officially confirmed by Nintendo. Perhaps, because of this lack, the rumor mill has only churned out more and more estimates guesses and speculation. Though it has flown relatively under the radar, there has been an opinion going around that the device will have VR capabilities.

At this point, the hybrid feature of the Nintendo NX has been accepted as fact. The device will be a portable unit, which can easily be home-docked thanks to its reported detachable controllers and a wireless dongle for television capacity. Theoretically, the device will work well on the go but will have the power to battle it out, no matter how weakly, with the PlayStation 4 and the Xbox One.

But as Game Rant reports, the delay in announcing the Nintendo NX might actually be because the game console manufacturer is trying to get it capable of handling virtual reality. While the publication did not go into detail about how the device will have the power necessary for VR, it did reason that Nintendo is definitely adding some extra horsepower so that the unit can handle it.

Meanwhile, Gadget NDTV adds that Nintendo might allow smartphone-compatibility as well, as an alternative to the controller. Theoretically, players will get an option between the provided controller and their own smartphones for gameplay. Compatibility, when the Nintendo NX is home-docked, would make sense, but it is a little harder to understand how it would be vital during portable play. Unless multiplayer gaming is allowed.

As mentioned earlier, these are all possibilities because Nintendo has conveniently stayed silent on the subject. Other than its scheduled March 2017 release to the market, the company has not made an official announcement on the design, features, and specs of the Nintendo NX. Whether or not its silence is beneficial or detrimental is another topic, but another question asks to be answered.

That is: Is it right for the Nintendo NX to carry these many features and capabilities? While it would be innovative and unheard of for the device to be everything from a hybrid unit to VR capable and smartphone compatible, it is unnecessary. If this proves to be true, the console is definitely spreading itself out too thin.

Nintendo, as a company, has not made a name for itself by producing powerful game consoles - not like Sony's PlayStation and Microsoft's Xbox One. Instead, it has solidified its role in the gaming industry by changing the experience altogether. As such, it might be best for the Nintendo NX to sport one amazing feature and do that well.

Arguably, the best one from the many that have been presented, is that it will be a two-in-one console. If Nintendo somehow finds the perfect equilibrium between these two platforms, the company will have a winner on its hands. Otherwise, if the Nintendo NX is capable of too many but is not perfect in any, the company might only disappoint consumers and its stockholders.

Nintendo NX Features, Specs And Price: The Good And The Ugly

Arguably, not announcing anything about the Nintendo NX is not doing the company any good. But there is no denying either that theories surrounding the console sounds innovative and impressive.

What The PlayStation VR Experience Is Really Like: Pitfalls And Benefits

The PlayStation VR has been no stranger to the tech world for quite a while now, but the unit officially hits markets next week. Is the purchase worth it?