Facebook Slowly Takes Over The Internet, Will It Overpower Other Internet Giants Soon? 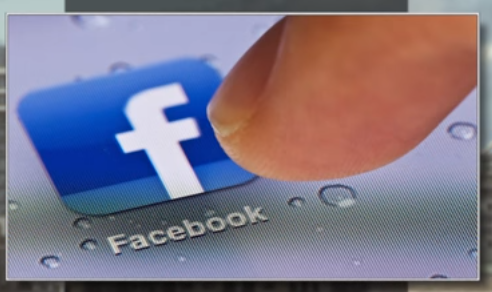 The thing about the internet and the billionaires that milk it is that anything can happen. At one point Yahoo was your number one go-to search engine and mail provider. The next thing you know, the company is slowly being overtaken by competitions. There was also a time when Friendster was the biggest thing to hit social media, even before "social media" became a household term. The next thing you know, Friendster asks you to back up your photos before their shutdown. Clearly, if a company doesn't do well in adapting to the fast-changing trends, things can change in a snap. But if a company continues to grow with the fast-paced world, the turn of events will be positive instead of negative, like what happens with Facebook. The company has been blending in silently and never settles even for a minute. You won't even notice how hard it works if you don't look at the details.

Since Facebook is arguably the biggest social media platform, its ads revenue is skyrocketing and almost never-ending. While now may be too early to compare Facebook ads and Google ads since they still differ in target markets, this still gives people a forecast of Facebook's success. Whether or not it will soon overpower Google, it's a good argument. Nevertheless, the only thing certain as of now is that Facebook is pretty far away from going down. They have the finances. They continue to innovate. There are pretty much zero hints that the company will follow the footsteps of yesterday's faded internet companies.

Facebook Gives You Everything You Need Under One Platform

If you haven't noticed, Facebook is subtly giving you all you need under the Facebook platform. Most of which still needs further development, but it's clear that the company's goal is to be all you need. Facebook may have started as a simple social media site that connects people. However, that did not end there. Soon enough, the company improves its chat services. The Facebook Messenger became one of the most used messaging platforms online, plus there's also the WhatsApp.

Furthermore, YouTube videos no longer embeds properly in the Facebook platform, giving way for Facebook-uploaded videos to be prioritized over the equally loved YouTube videos. It was an issue for a short time. But eventually, people adjusted and shifted its attention to Facebook uploaded videos.

Then, there's the Facebook Marketplace, the company's take on online selling platforms. It's undeniable that Facebook is taking advantage of its popularity and large audience to cater to more services. Why else would you go to other selling sites when the biggest social media site has the same service? Not only will you be able to sell to a larger population, you will also be saved from the hassle of leaving the platform and creating different accounts. The Marketplace might still be imperfect, The Forbes reported, but the company seems to be working hard for it to become a priority rather than a second-option.

With that, it's only expected that the company will also develop their search engine services. Right now, they still don't power their own search engine, but everyone can probably agree that this is where Facebook is headed. We've seen the platform improve its searching ability. Years ago, all you can search are people's names. Then, you were given the opportunity to use and search hashtags. Now, people can search using keywords, and the search tool isn't even faulty. In fact, it's really smart in giving you the results you need.

All these suggest that Facebook is slowly dominating the internet. It's a single platform, but it is bound to beat multiple companies. Sure there are still factors that may still not exist at this point in time. However, based on everything we all see right now, it looks like the company will stay intact for the foreseeable future.