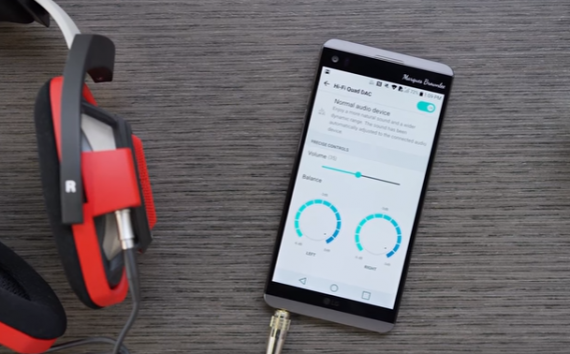 This year has seen some of the best and most innovative smartphones ever.2016 Roundup: Best Smartphones Of The Year: (Photo : Marques Brownlee / YouTube)

The year is almost over and we've already seen quite a lot of new smartphones. While it's still uncertain if more flagship phones are coming in before the year ends, now may still be the right time to look back at what has been released. So far, 2016 has seen some of the best releases ever. Windows Mobile might have showed off a couple products this year, but it's probably still Android and iOS who have dominated the year. Here's our list of 2016's most popular smartphones:

The OnePlus 3 beats most smartphones in terms of price and quality. Selling for half the price of most flagship phones, the OnePlus 3 comes with a massive 6 GB RAM and Snapdragon 820. It's sleek, fast and all in all a good performer. If you're looking to buy a premium Android but unwilling to spend tons of cash for a phone that will be outdated in less than a year, the OnePlus 3 is the ultimate choice. It's clearly the best Android deal on the market right now and it comes with all the major things you need without risking wasting your money.

The S7 Edge might be on the more expensive end of the pricing spectrum, but the device undeniably delivers quality. It's arguably the best Android phone on the market right now with its ultra-vivid display and first-class look. It's currently Samsung's best especially after the demise of the Note 7. The S7 Edge might be seven months old, but it still beats most smartphones when it comes to beauty and specs. It is most notable for its premium Edged look, 4 GB RAM and its massive 3600 mAh battery, GSM Arena reported.

While the iPhone 7 Plus has more perks than the iPhone 7, there are quite a number of reasons why the lower model can beat the higher model. First, it's more affordable. Second, it's still as good as a performer as the 7 Plus. Lastly, recent tests prove that the iPhone 7 is more waterproof than the 7 Plus. We all know that the iPhones are always on the fast side when it comes to speed. Speed tests prove it. Sure, there are a few bugs here and there but it's something that a simple software update can fix. So if you're an iOS lover, the iPhone 7 is quite a good buy. It's worth noting though that it doesn't have the 7 Plus' dual camera system, so it's more recommended to people who don't care about cameras.

LG's latest device is also worth the shot. It may not be one of your mainstream go-to smartphones but it's clearly worth the try. Its predecessor did quite well, so it's safe to say that LG knows what it's doing. Plus, the V20 also brings in something special to the market. It's got a secondary screen that is pretty much unique from everyone else. It's also got relatively good specs like 4 GB RAM, dual camera system and the latest Android version which is the 7.0 Android Nougat, Android Central reported.

Overall, there are a number of good smartphones that have been released this year. So depending on your needs, choice of OS, budget and trusted brand, there is a good smartphone for you. The LG V20, iPhone 7, S7 Edge and OnePlus 3 are just some of the best releases of the year. There are a few more models that have made the news this 2016, but these four are probably the most talked-about devices of the year.