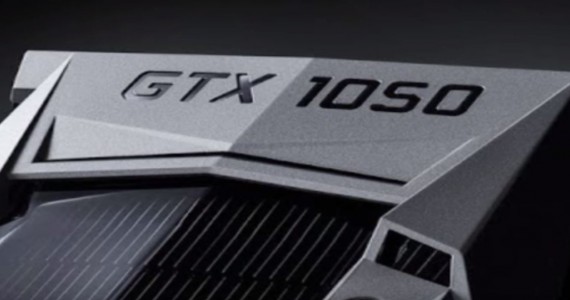 Nvidia introduced its family of GeForce GTX 10-series graphics cards on Tuesday, Oct. 18, by unveiling the GTX 1050 and GTX 1050 Ti affordable GPUs based on Pascal technology.

According to PCGamer, AMD's RX 460 comes in 2GB and 4GB models, but Nvidia's newly unveiled budget graphics cards offer different levels of performance instead of just differing in the amount of onboard memory. Both are based on Nvidia's GP107 graphics processor that is built using Samsung's 14nm FinFET manufacturing process. The GP107 features a 128-bit memory interface, 3.3 billion transistors and a die size of 135mm^2.

Both GTX 1050 and GTX 1050 Ti will have 32 ROPs. The Nvidia GeForce GTX 1050 comes with a base clock of 1,354MHz and boost clock of 1,455MHz. The graphics card features 640 CUDA cores, 112GB/s of memory bandwidth and 2 GB of GDDR5 memory working at 7Gbps. For faster performance, some of Nvidia's hardware partners are overclocking the GPU in their graphics cards models.

The GTX 1050 Ti doubles the memory to 4 GB and increases the CUDA core count to 768 for a price tag of $30 more. The card's GDDR5 memory works on a 128-bit bus. At 1,290MHz and 1,392MHz for the base and boost, respectively, clock speeds are a little slower, yet the overall performance is higher.

The Nvidia GeForce GTX 1050 Ti may also end up by being compatible with the recently lowered Oculus Rift hardware requirements. Actually, Oculus and Nvidia are in the process of testing the GTX 1050 paired with the Oculus Rift headset, in order to evaluate if they can be optimized to work together. Both NvidiaGTX 1050 and GTX 1050 Ti graphic cards will perform smooth 1080p gaming at 60 frames per second.

According to Nvidia, the GTX 1050 and 1050 Ti are both offering fast speed. For instance, the GTX 1050 Ti is on average more than 128 percent more power efficient and 40 percent faster than the closest competitive product at similar clock speeds. This demonstrates again the superiority of company's GeForce GTX lineup and Pascal architecture.

Neither of these graphics cards needs a PCIe power connection and they both only need 75 W of power. Both the GTX 1050 and GTX 1050 Ti are just 5.7 inches long, so they can become really popular in small form factor setups. Unlike other Pascal cards designed by Nvidia, there won't be any Founders Edition GTX 1050 or GTX 1050 Ti models.

Nvidia will manufacture these GPUs strictly for its hardware partners, including Gigabyte, Galaxy, IGame, EVGA, Asus, MSI, Palit, Inn3D and Zotac. The graphics card companies are free to experiment with the way how they design their GTX 1050 series cards. For this reason, we expect that the budget market for graphics cards will be flooded with a wide range of solutions.

Among the future budget gaming cards based on Nvidia's GTX 1050 and GTX 1050 Ti, we'll also expect to see some cards with a 6-pin power connector. Such a solution could significantly increase the overclocking range. According to Nvidia, some of the factory overclocked cards will be capable of  boosting clocks into the 1900MHz range.

From the announcements of Nvidia's hardware partners, so far the Gigabyte card is the only one featuring more than one HDMI port. While all the other graphics cards have a single HDMI and DisplayPort, the Gigabyte card will come with three HDMI ports, a Display Port, and a dual-link DVI port.

Specs of the upcoming Nvidia GTX 1050 have been leaked online.