Young M.A.: Get To Know The Rising Rapper In 5 Amazing Facts 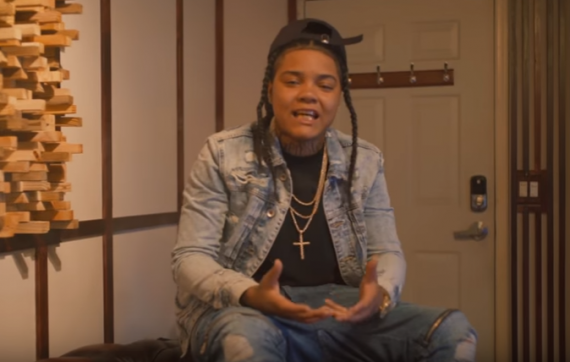 Young MA is taking the hip hop industry by storm with her unique appealing rapping skills. 5 interesting facts about the young artist will engage her supporters to support her music more. (Photo : YoungMA/YouTube)

Katorah "Kat" Kasanova Marrero, popularly known as Young M.A. is rocking her hip hop career with a blast. Her 5 month-old single “OOOUUU” is currently on its way to the top of the charts. Interestingly, the young rapper’s rise to stardom is unstoppable and there’s no better way of appreciating her than being acquainted with five intriguing facts about her.

1.  The Downfall Of Her Brother Keeps Her Going

XXL reported that the 24 year - old artist lost her brother from a devastating gang violence. She vowed to nurture his memory through her music.

“It’s through him, and his life and keeping his name alive that I continue to do what I do.”

2.  She Realized She Was Gay At A Young Age

According to International Business Times, Young M.A. knew she liked girls as early as her first grade in school. She admitted being a tomboy and even played tackle football with boys. Although Young M.A. has accepted her identity, she refused to be labeled as a gay rapper.

Surprisingly, the famous rapper turned down an interesting role based on her in the musical drama “Empire.”

“I just didn't want to be known as a character from Empire before I was known as Young M.A. They was trying to put me in the show instead of just having me as a special guest or anything like that. I wasn't comfortable because I was working so hard before that, and just to jump into something so fast because it seemed like a great opportunity at the time, it didn't make sense on what I was trying to do. So I turned it down,” she said in an interview with Rolling Stone.

4.  She Worked In Fast Food Restaurants To Make Money

The popular celebrity didn’t have an interest in pursuing a university degree as she was all set to pursue her great passion in music. She admitted working in a few fast food shops to earn money before.

“I did retail. I worked at TJ Maxx before. I did fast food at Shake Shack. Those are the only two after high school. It wasn't working out. I wasn't happy. It was just something to get a dollar once I graduated from high school to have money in my pocket. I never went to college or whatever. I wanted to go to college, but I don't know, there was just something about music that I couldn't let go. “

5.  50 Cent Is Her Greatest Influence
The Grammy award winner 50 Cent has a strong impact to Young M.A. In fact, the young rapper has always been an avid fan of the “In Da Club” singer. It was his “Wanksta” record that caught her attention but it was his song “Many Men” that inspired her to rap. Young M.A.has a deep affection to 50 Cent that she even posted to her social media account that “Anyone who has beef with 50 Cent, has beef with me.”

Top Celebrity Books: Learn from the Best so You can Become the Best

Jay-Z? Kobe Bryant? 50 Cent? What do they have to teach about life?