Microsoft Surface Pro 5: Can It Be More Successful Than Pro 4? 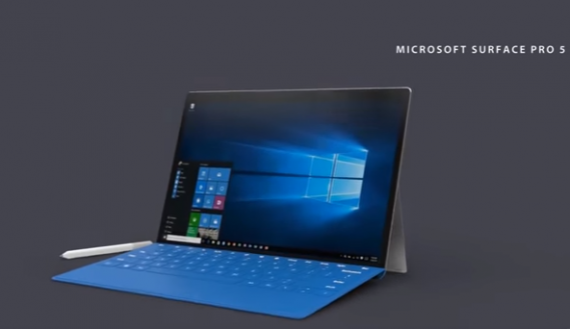 The Surface Pro 5 will follow the Surface Pro 4 as Microsoft's flagship tablet, which brings in the question of whether or not the Pro 5 can continue Pro 4's success. (Photo : CTNtechnologynews / YouTube)

At this point in time, the Pro 5 hasn't been confirmed yet. However, rumor has it that the next generation Surface tablet is already in the works. It was said that the Surface Pro 5 will have 16 GB RAM, 2K and 4K display models and Surface Pen integration. It is expected to be powered by Intel Kaby Lake and has a USB C support. The Surface Pro 5 is also expected to run Windows' upcoming OS update which is the Windows 10 Redstone 2.

Needless to say, these rumors sound more like predictions than they are "leaks", which simply suggests that the device may still be far from being finished. Microsoft has too much pressure on their hands now that they have to follow-up on a very successful predecessor. What could they include on the Surface Pro 5 to improve over the Pro 4 without actually overkilling it?

Since the Surface Pro 4 is pretty much perfect all in all, there isn't a lot that Microsoft can do to improve it. Well, they can fix the issues that their users usually encounter like battery drainage and the likes. However, feature-wise, it's still hard to predict what the company will introduce with the Surface Pro 5.

Rumor has it that Microsoft continues to work on Windows' Continuum feature, so we can actually expect that the Surface Pro 5 can offer something significant using this upgrade. Furthermore, we can also expect the hybrid device to look more sophisticated than the Surface Pro 4. It might even get software upgrades and improve its PC-like performance. It's already a given fact that the Surface tablets appeal to the business sect more than other tablets do, so it's just fair to expect Microsoft to continue feeding the needs of its target market.

Microsoft Surface Pro 5, Will It Be As Successful As the Pro 4?

The short answer here is "maybe". It actually depends on whether the Surface Pro 5 is bringing in something new and relevant to the market. If it ends up being a forced product just so the tablet series doesn't come to a long halt, fans can notice it immediately and opt for a supposed cheaper Pro 4 instead. Luckily, though, Microsoft seems to be taking its time in developing the product. It's safe to say that the company is working hard to live up to fans expectations when it comes to Surface Pro 4's successor. we can just hope that when the Pro 5 gets launched, it would come with some happy additions.

There's No Such Thing As A Surface Pro 5, Microsoft Exec Said

Panos Panay, Microsoft’s Corporate Vice President of Devices, as asked if a fifth-generation Surface Pro is on the way soon, to which he said: “there’s no such thing as a Pro 5."