PS4 Pro Update: Sony’s New Console Has An Extra 1GB Of RAM And More To Sweeten The $400 Deal 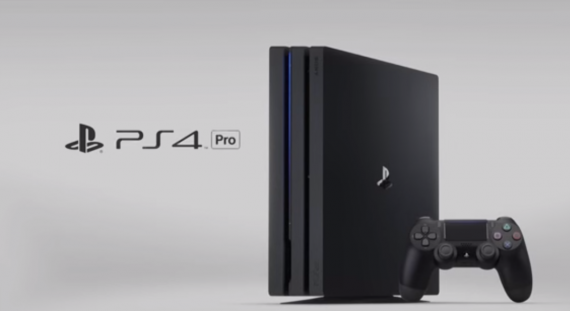 Sony sweetens the $400 deal with the PlayStation 4 Pro by providing an additional 1GB of RAM to users who will purchase their newest console.<br /> (Photo : PlayStation Access/Youtube)

Mark Cerny, Sony's lead architect, has promised that the new PlayStation 4 Pro will be better than its predecessor PS4. With a $100 higher price difference than that of the PlayStation 4, expecting the PlayStation 4 Pro to be better is just normal. As Cerny explains it, upgrading their new console took a different direction. Instead of making hardware changes, Sony decided to give the PS4 Pro a boost in memory as they felt a need for it to make the gaming experience even better for users.

The PlayStation 4 Pro is the PS4's more powerful version. But instead of an all-out upgrade, Sony decided to do a mid-range improvement on the PS4 Pro. The company started out with increasing the memory to 1GB, which is a modest memory addition if all things were to be considered. But the memory upgrade brought about the PlayStation 4 Pro's capacity to become 10 percent better than the PS4.

The result? The PS4 Pro will make system memory swapping with the additional 1GB DRAM easier between games and applications. The 8GB GDDR5 RAM will also have an entire gigabyte of free space. So instead of just 5GB, the PlayStation 4 Pro will have a total of 5.5GB to spend on its games with the rest to be allotted on the interface. That is, the 5.5GB of RAM will be used to render graphics in higher resolutions. The game assets would remain the same, but side by side the PS4 and PS4 Pro, games on the PlayStation 4 Pro would be rendered a lot better.

So what does a mid-range upgrade means for the PlayStation 4 Pro? Compared to its predecessor, the PS4 Pro will use an AMD Radeon graphics card that is two times better than the PS4. The Pro also has double the processing power and speed at 4.2 teraflops with a clock speed of 911MHz which is 14 percent higher than the PS4's clock speed. The higher 8GB GDDR5 memory also makes swapping between games and application easy, but with the addition of the 1GB conventional DRAM, the PS4 Pro will become better with app and game switching.

The additional convention DRAM of 1GB is also the reason why players can achieve a near 4K gaming experience. What's even greater about the PS4 Pro is that it does not have any exclusive titles. Instead, the existing PS4 library will be backward compatible with the PS4 Pro. On the other hand, 4K game patches are also available to provide games with a graphical boost when played on the PlayStation 4 Pro.

The PlayStation 4 Pro also supports full 4K resolution gaming, which means that gameplay will be rendered with clear and crisp graphics in high contrast. This is not something that a PS4 can do. The new Sony console will also do an upscaling using the checkboard rendering technique, which is kind of a shortcut to rendering games with an almost-4K look. However, the PS4 Pro does not have a Blu-ray player since more gamers prefer to stream video content rather than access it with an optical disc drive.

On the other hand, gamers need not have a 4K TV to enjoy and use the PS4 Pro but having one does help in experiencing the best that 4K gaming has to offer with the best graphics. Certified gamers will also be glad to know that the PS4 Pro will use the SATA III interface, which is twice as fast as SATA II with 6Gb/s scale. Also, having SATA III on the PS4 Pro makes swapping it later on with solid-state drives easy to do if gamers so choose.

Not only did Sony gave the PlayStation 4 Pro a memory boost with the additional 1GB DRAM. The company also made their new console faster and even better with upgraded features. Looking at that, achieving a better gameplay with the PS4 Pro is really possible. The backward compatibility is a setback we can overlook right now. But who knows? Sony might soon release exclusive games for the PS4 Pro and make the $400 deal even more worth it for those who will buy their new console.

Microsoft just released a sleeker and more powerful version of the Xbox One, the Xbox One S. But not too long after, they also announced the coming of the Xbox Scorpio, their 'most powerful gaming console' yet for a new gaming experience.

Apparently, the company chose to create a concept for PlayStation Switch because Sony has already done multiple portable consoles. These compact gaming systems include the PlayStation Portable (PSP) and PlayStation Vita (PS Vita).