5 Best Anime Sidekicks Who Are Sometimes Better Than The Hero 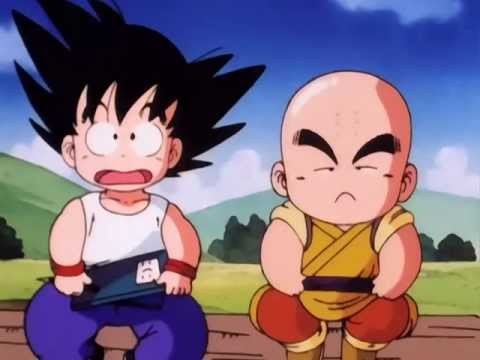 No hero is a hero unless they have their trusty sidekick with them. Here are five sidekicks that are sometimes even better than the hero. (Photo : ukog nos/Youtube)

In every hero is a trusted and loyal sidekick. They are always there to save the day when a hero gets into trouble and they always offer alternative views whenever the hero has questionable ideas. While the hero always gets the glory, the sidekicks are always happy to be there and make everything better. Here are five anime sidekicks who are sometimes better than the hero but does not seem to mind it.

Armin Arlert from "Attack on Titan"

Armin is Eren Yeager's friend since childhood. He is quite short for his age, looks a little on the feminine side but with a muscular build. He is the weakest in the 104th Training Corps but due to his intelligence and strategic genius, he became an indispensable asset. He is extremely loyal and selfless most especially to his friends. He had once tried to sacrifice himself for Mikasa and had talked down a fight with a soldier which Eren had started.

Pikachu is the first Pokemon of Ash Ketchum which was given to him by Professor Oats. He refuses to follow Ash and gives him frequent electric shocks but eventually, they became the best of friends. He refuses to stay inside his Poke Ball and often walks behind Ash or stays on top of his shoulder while traveling. Pikachu chose Ash over living with a colony of wild Pikachu in the episode "Pikachu's Goodbye." Pikachu often helps Ash during his battle and gives him electric shocks when he has ideas that Pikachu is not in favor of.

Krillin or Kuririn from "Dragon Ball"

Goku and Krillin has a bit of a friendly rivalry during training but eventually became best friends. Krillin is a faithful ally to Goku, he was once killed by a henchman of Piccolo Daimao who was sent out to steal Goku's Dragon Ball. Luckily, he was revived after Goku defeated Piccolo. He has many abilities and was considered as the strongest Earthling but he is still not as strong as Goku or Gohan. However, a lot of fans loved him for his courage, and humor and was voted by the Japanese fans as the seventh most popular character in 2004.

Riza Hawkeye's boss is quite lazy. In fact, Riza Hawkeye is like a babysitter to Colonel Roy Mustang. She does all the planning and paperwork she could have been the hero. She is always willing to risk her life for the success of Colonel Mustang even though she is very vocal in criticizing him when he steps out of line. Colonel Mustang on the other is as devoted to Riza Hawkeye as well and protects her with his life when harm comes her way.

Tony Tony Chopper from "One Piece"

Chopper is a reindeer who studied to be a doctor and is the sixth member of the Straw Hat Pirates. He ate a Devil Fruit called Hito Hito No Mi which allowed him to transform into a human-like reindeer that he is. Chopper is highly intelligent but naïve towards humans that he does not know. He is loyal to his crew and will do anything to finish his mission for the team.

Do you have other favorite anime sidekicks that should be on the list? Feel free to comment below.

Cartoons just aren't for kids anymore. Some shows contain themes that are more suited for a late night talk show instead. Here are five cartoons for grown-ups you wouldn't want your kids to see.

4 Anime Series That Ended Too Soon And Deserves Another Season

Some anime series that still has a lot of story to tell were canceled too soon. Here are some that deserves more than just a few seasons.