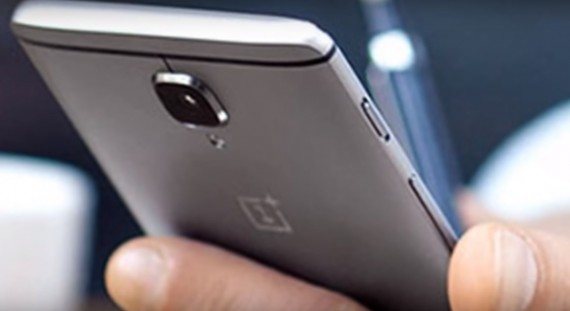 With the arrival of the OnePlus 4, are Samsung's days numbered? (Photo : Youtube/Tech 360)

Of every incredible smartphone that is soon to be released, the OnePlus 4 is one of the most expected , regardless of the competition of giants as Apple and Samsung with the iPhone 8 and the Galaxy S8. Given this fact, this mobile device is likely to be the real deal in 2017, thanks to a series of specs rumors that, if proven true, could mean the creation of a mind-blowing smartphone.

For example, it has been rumored that the OnePlus 4 will be equipped with 8 GB RAM, 256 GB external storage support via microSD card, Google's latest operating system Android 7.0 Nougat, a 4,000 mAh battery and a fingerprint scanner, as reported by The News Independent. Also, it has been said that this phone is expected to come with 4000mAh battery with quick changing support.

Even if some of these rumors are proven inaccurate, the undeniable fact is that the OnePlus 4 will be released at the best moment possible, considering that the current king of Android phones is weaker than ever due to the Note 7 disaster. Actually, its situation is so bad right now that smartphone´s cancelation has represented a huge setback not only for the company, but also for the South Korean economy as a whole.

That is why the OnePlus 4 is likely to be one of the most popular phones of next year, because even if Samsung ended up rushing the S8 release, it will have to be something extremely incredible to be the best, since its recent failure could generate some kind of prejudgment in users.

Another huge problem for Samsung´s phones, is that the S and Note series have become very expensive for its users, even when most of these mobile devices ended up being the best-selling Android phones in the market. This has been characterized for always wanting an excellent product, but with a fair price.

In matter fact, this issue turned into a major crisis once the Note 7 started to explode, since Samsung's reputation took a serious hit that make users ask a very reasonable question that put Samsung against the wall: "Why would buy an expensive phone that could explode and burn my house?"

Even in this issue, the OnePlus 4 might take advantage, considering that OnePlus is a company that makes phones that exceed Samsung´s in performance and specs, and what's, more, their devices are half the price. According to HNGN, the expected price tag of OnePlus 4 is just $400, a fraction of Samsung's flagship devices.

It is rumored that this smartphone could arrive in June next year, or around the same date as Samsung´s flagship Galaxy S8, which is rumored to be released in March. Although in any other situation, the South Korean phone maker wouldn't have any rival, even if they launch a phone by a close date as Samsung, it is very possible that the OnePlus 4 would beat the Galaxy S8.

This scenario not only shows that the OnePlus company has made a great job with its phones and with the next model, but also, how the Note 7 fiasco has become the worst nightmare for Samsung. While the biggest phone maker in the world is at its worst moment, the OnePlus 4 might become the next real deal next year.

This incredible app could achieve one of Bill Gates´ long-term innovation requests.

OnePlus 4 Vs Samsung Galaxy S8: Which Will Be The Ultimate Android Phone Of 2017?

Samsung could make two versions of the Galaxy S8 next year, while OnePlus is betting big in its battery improvement.

Apple's iPhone 8 might finally get some features that users have been clamoring for.

A Second Home Could Potentially Have Been Discovered By Nasa; How Is It Different From Our Earth?

The institute's retired Kepler Space Telescope has led to the discovery of a possible Earth-like exoplanet 'Kepler-1649c'. What does this mean for space travel?