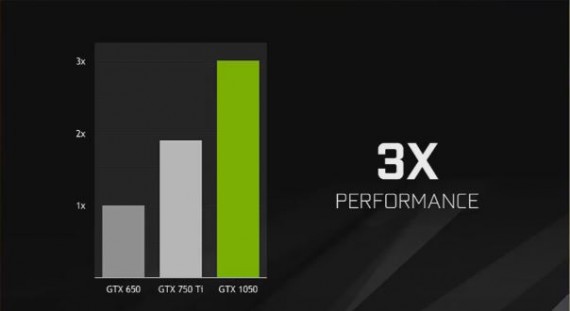 Gaming is an expensive habit. You decide to get a console to avoid the constant card upgrades but Sony just released the PS4 Pro which means the PS4 days will be numbered. Xbox has their own Scorpio, with the same concept. Makes you want to think you'd just convert to PC, eh? If so, I think you're reading the correct article. Personally, I'm thinking of building another gaming rig but am torn if I'd go full bloom with the higher end, or just settle for the budget cards instead.

Graphics card nowadays are getting cheaper and cheaper, well not for the ultra ends of the spectrum but there are mid-range cards that are now affordable and can perform more than mediocre. Currently NVidia and AMD are battling it out on who produces a better budget card.

Ultimately, NVidia has managed to triumph over AMD in the war of high-end graphics cards. The new 10-series GPUs are their arsenal and so far, they prove to be effective. NVidia's Pascal architecture has given them the edge and helped a lot in winning the battle.

Graphics card nowadays are getting cheaper and cheaper, well not for the ultra ends of the spectrum but there are mid-range cards that are now affordable and can perform more than mediocre. Currently NVidia and AMD are battling it out on who produces a better budget card.

War is still ongoing with price

As a quick comeback from their defeat, AMD has used price as an angle to get back into the game by introducing lower end cards at affordable prices. It didn't take long for NVidia to come up with a response, having cornered AMD, again. With Geforce GTX 1050 and 1050TI respectively priced at $109 and $139, AMD is further pinned down as their so-called 'budget' cards cost at least $200.

Details for the 1050 and 1050Ti can be found here, it is also important to note that the 1050Ti performs way better than the 1050, which would mean your get the most bang out of your extra 30 bucks should you wish to get the Ti over the regular 1050.

Yibada also reports that NVidia tweeted about the GTX 1050 and how it surpasses its predecessors when performing benchmarks with Grand Theft Auto V, Overwatch, and Gears of War 4. Compared to the old-timers, the 1050 shows dominance in terms of way faster memory and clock speeds.

The 1050 Ti has double the amount of memory compared to the regular 1050, hence they respectively have 4GB and 2GB. CUDA cores also matter between the two as the 1050 only gets 128 while the 1050Ti gets 768. So, at this point you should know how to decide on that 30-dollar difference.

On the downside, the 1050 cards are not VR ready, which make them the only new cards from NVidia not cooperative with the VR trend. However, there's a chance that they can be compatible with Oculus' minimum system requirements.

Hot Hardware.has reported that AMD decides to cut down the price of the RX 470 to half. Even with that, it's still more expensive than the awesome GTX 1050i which is, as stated, at $139. With that said, NVidia still wins, both in specs and in gamers' hearts (more like pockets). So, unless they lower it further to the $139 range, NVidia would still be unbeatable. Until then, here's a video to learn more about the 1050:

Game Dev Couple Got Engaged Through Destiny, Thanks To Bungie

Who would have thought that a game devs couple would somehow get engaged while playing Destiny? Thanks to the sneaky move by Bungie, you helped complete a love story.

How Rise Of The Tomb Raider Looks Like On The PS4

Now that the timed exclusive has worn out, let's check how Rise of theTomb Raider looks like on the PS4. Is it any better than the Xbox One version? Find out here.

No backwards compatibility for the said console-handheld hybrid. No more Nintendo Switch information to be given away until 2017 either. Scoop all you can with this article, maybe you'll get some ideas.