Apple's TV App Or Playstation Vue: Which Is Better? 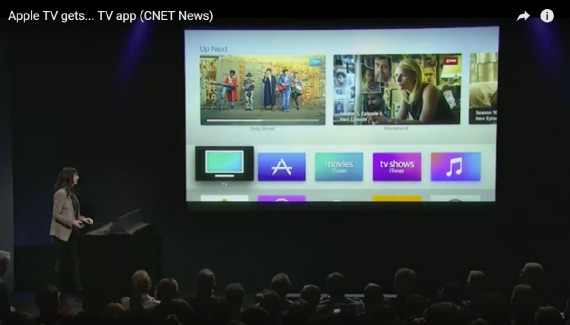 Apple's new TV app is trending right now along with the other new gadgets that Apple has introduced. Now, people are wondering which between Apple's TV app and Sony's PlayStation Vue is better.

During Apple's latest launching event, Apple has introduced its new TV app for the Apple TV which was really very cool according to the audience and viewers watching live stream. What the audience find so cool about the TV app is how voice recognition can be used to view channels, switch channels and many more. And according to an article at CNET, it was really good that it is really impressive. But of course, it is still a new feature presented to the public, so it still needs time for a wider audience to test it out.

With the PlayStation Vue, it is an app that allows you to stream live TV without any cable or satellite description just like the Apple's TV app. One of the many differences is that there is no voice recognition software for you use in choosing and switching channels. Basically you need to do things manually.

Another thing about Apple, Apple is known to be the non-sharing type when it comes to sharing files and apps with other brands. Now because of the special trait Apple is known for, it makes the fans and critics wonder if Apple's new TV app can be accessible with other media devices. If not, then it would be at a big disadvantage compared to the PlayStation Vue.

According to a written article at Tech Crunch, Sony has decided to make the PlayStation view compatible to run on Android TV and will arrive both on Mac and Windows PCs in the near future. Thinking about this, it is basically giving the subscribers more freedom and options on where to watch, not limiting itself to be only available on PS3 or PS4.

With Apple's new TV app, there was not much information about the range of its availability in other devices. Is it only available for Apple TV? Let's say you can access Apple's new TV app on other Apple devices, will you still be able to use the voice recognition feature? If not, then it won't any different from PlayStation Vue or any similar apps.

But if subscribers can still use the voice recognition feature in any device, regardless of the brand name or whatsoever, then hands down Apple's new TV app is the best TV subscription that people can have as of now.

Both are among the best and powerful smartphones you can buy, but which one is better?

Apple's new TV App seems to be lacking something really important. Netflix and other more essential application are nowhere to be seen.

Twitter expanded its reach on video streaming with the addition of an Android TV app Wednesday, allowing owners of TVs and streaming boxes powered by Google’s TV software to tune into its NFL live streams and other live video streamed on its service.

Apple TV: Its Features, Pros, Cons And Why It's A Bad Investment

On October 27, Apple unveiled some new hardware and some software. The new software for Apple TV, called “TV,” is theoretically efficient, but what exactly will it cost users? Hint: It’s more than just money.